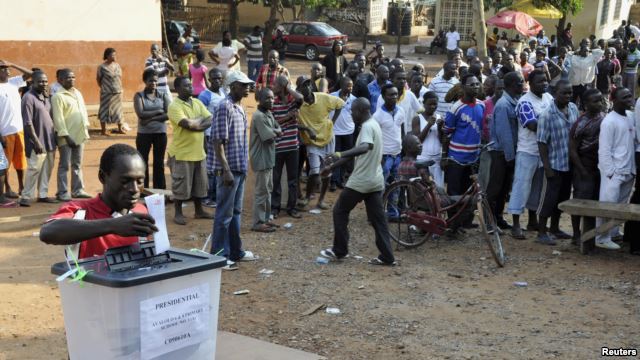 Kudalor’s spoke at the official opening of the recently held national police command conference attended by police commanders across the country. The focus of the conference was to ascertain the preparedness of the police before presidential, legislative and local elections.

Kudalor also called on citizens, as well as prospective voters, to eschew violence and to remain peaceful during the election process.

Cephas Arthur, Ghana police spokesman insisted that officers have discharged their mandate fairly by enforcing the law irrespective of the political party in power since the re-introduction of constitutional rule in 1992.

He says the police have also stepped up training efforts for officers who would be deployed to polling stations across the country during the elections.

“The National Election Security Taskforce which is the body that oversees the security arraignments for the election has been inaugurated earlier than usual. This particular year, the National Election Security Taskforce was inaugurated on the 20th January quite earlier than other election years when it is usually inaugurated in June or July,” said Arthur. “As part of preparation towards the elections, a series of orientation, training programs and seminars have been lined up to bring personnel of the service up to speed with modern trends of protecting or policing elections.”

“Often times these allegations are baseless,” he said. “Nonetheless, the police are going to be impartial. How do we become impartial, how do you become positively neutral? We become so when we are professional, we adhere to the tenets of our profession to remain neutral. And when you adhere to the tenets of the profession, you are [a] hundred percent likely to be neutral and to be impartial and that is what we are going to adhere to.”

Meanwhile, Ghanaians have expressed concern about vigilante groups hired by political parties to provide protection during elections. The groups are accused of attacking opponents during elections. Interior Minister Prosper Bani called on the police to ban the vigilante or security groups.

“We are not going to give any such groupings be they personal security groupings or vigilante groupings, any leeway to operate. And in fact we have made it very clear to them that they don’t have existence in our laws,” said Arthur.