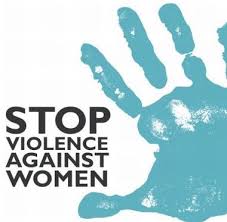 Ghanaian Ministry of Gender, Children and Social Protection, in partnership with the Danish government, has recently launched a project to eliminate Sexual and Gender Based Violence (SGBV) cases in the country.

The one year project, dubbed ‘Ending sexual and gender-based violence in Ghana,’ will actively involve individuals and communities to enhance their capacities in preventing SGBV. The Danish government provided GH¢1 million funding for the project.

At the launch of the project in Accra yesterday, the Danish Ambassador to Ghana, Ms Margit Thomsem, said the project was aimed at bringing women, religious and traditional leaders, as well as men and boys, to campaign to stop violent behaviour, discrimination and deep-rooted cultural norms that might be causes of violence against women in the country.

According to her, the project would target the justice sector, adding that it would also form strong partnership with the media.

The Minister for Gender, Children and Social Production, Nana Oye Lithur, said SGBV happened in all sectors of society and all over the globe.

She observed that too many women and girls, and to a lesser degree men and boys, had experienced or are experiencing SGBV. That, she said, explained why the government of Ghana and the Embassy of Denmark were working together to end it.

She noted that ending SGBV was to create a violence-free society for women and children in Ghana, adding that after the dialogue, the partners hoped to identify and critically analyse the issues that account for the low conviction rates of SGBV in the country.

Speakers at the dialogue were, Ms. Hillary Gbedemah, Ghana’s Chair to the Committee on the Elimination of all forms of Discrimination against Women (CEDAW), ACP Mrs. Habiba Twumasi-Sarpong, Head of Domestic Violence and Victims Support Unit (DOVVSU), Mrs. Justice Mensah-Datsa, a Justice of the High Court, and Yvonne Obuobisa, Chief Prosecutor, Attorney General’s Department.