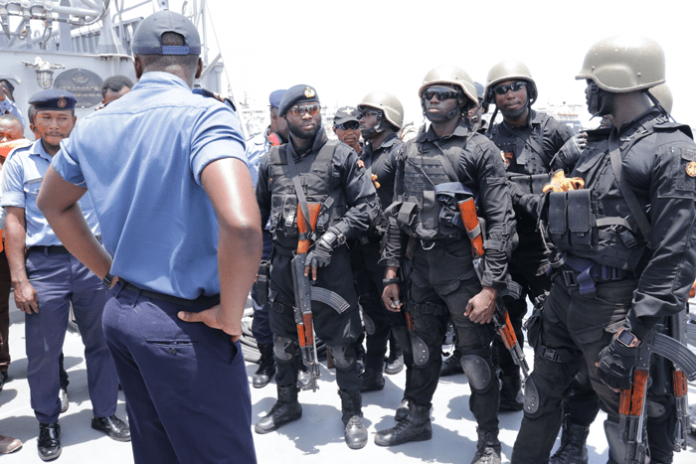 -$ 818.1 million is the economic cost of piracy to West Africa

A 2018 report by the International Maritime Bureau, issued about piracy and armed robbery against ships revealed that total of 201 incidents were reported in 2018. The report stated some other alarming figures, as the violence against crew from January till December 2018, varied between 141 incidents of crew taken hostage, 83 kidnapped, 9 threatened, 8 injured, and 2 killed. 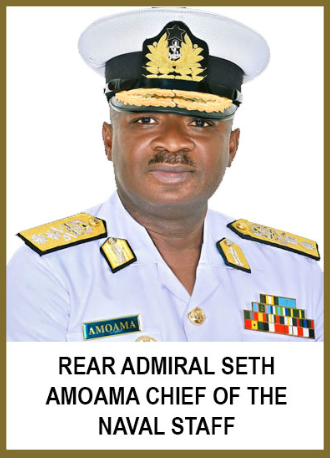 Therefore, The Ghanaian Navy will host over 10 Chiefs of Navies from across Africa along with 250 international senior officials from Navies, Coast Guards and Marine Police at the International Maritime Defence Exhibition & Conference (IMDEC), taking place on 24-25 July 2019 in Accra, to discuss and address how to secure the increasingly volatile marine and coastal waters in Africa as well as stabilizing economic advancement and security on the crucial Gulf of Guinea. Ghana’s Vice President Dr. Mahamudu Bawumia and The Chief of Naval Staff Rear Admiral Seth Amoama will inaugurate the event.

Commenting on organizing IMDEC, Rear Admiral Seth Amoama, Chief of Naval Staff, Ghana Navy, said: “The Ghana Navy celebrates the 60th Anniversary this year under the theme Celebrating 60 years of Naval Excellence: Securing the Maritime Domain for National Development. As part of activities to commemorate the occasion, we are in partnership with Great Minds Events Management to organize the International Maritime Defence Exhibition and Conference in Accra Ghana from the 23rd -25th July 2019”. 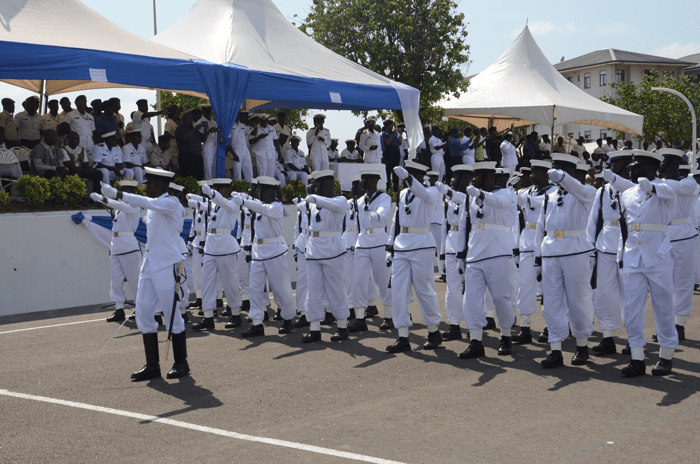 Rear Admiral Seth Amoama continued: “I look forward to welcoming you to Accra as we are inviting all maritime stakeholders both local and international as well as chiefs of the navy’s sub- region and also from other international countries to come and discuss principle issues facing the maritime security of Africa and in particular the Gulf of Guinea”.

“At the conference we will explore modern technical innovations that will aid in curbing the illegal unregulated, unreported fishing dominating our maritime domain. We look forward to a rich conversation on information sharing and capacity building. we will also talk about cyber and electronic warfare. In addition, participants and attendees have the opportunity to visit the stands and exhibitions put in place by major defence and maritime industry to showcase modern and advanced technology in maritime severance defence command and control and a whole lot of technology to be displayed during this conference”, Rear Admiral Seth Amoama, Chief of Naval Staff, Ghana Navy, added.

The latest report released by Ocean Beyond Piracy (OBP) showed that the economic cost of piracy to West Africa has been on the increase in the last three years, reaching over $818.1 million in 2017, while about $213.7 million was spent to contract maritime security personnel protecting vessels in the region. It revealed that regional spending on law enforcement and naval patrols increased by $13.2 million in the year.

Hosted as part of the month-long 60th Anniversary celebrations, IMDEC will showcase exclusive milestones of Ghana Navy’s achievements as well as forecast its future accomplishments within the maritime sector under the theme “Celebrating 60 years under Naval Excellence: Securing the Maritime Domain for National Development” IMDEC is an international event and exhibition focusing on securing the increasingly volatile maritime and coastal waters of West Africa namely Gulf of Guinea, where 20 captains, commodores, rear admirals, vice admirals, & admirals from South Africa, all navies on gulf of Genia, Senegal, Kenya, China, France, & Portugal will discuss multiple crucial topics like overcoming illegal oil-bunkering, piracy, unregulated and unreported fishing, smuggling, human and drug trafficking, illegal bunkering and crude oil theft at the region’s waters, empowering interagency cooperation to jointly interdict threats around the Gulf of Guinea, governance and regulatory aspects, including compliance with ISPS codes, stabilizing economic growth at the region’s coasts and seas.

On Tuesday, 23 July 2019 an exclusive site visit to Sekondi Naval Base where delegates will be airlifted from Accra to Sekondi port by the Ghana Air Force for an exclusive site visit of the Takoradi Naval Base will take place. The tour will consist of an in-depth walk through of the naval dockyard and base as well as a private sea tour to further display the advanced capabilities of Ghana’s Naval fleet.

About the International Maritime Defence Exhibition and Conference (IMDEC):

Under the patronage of Chief of Naval Staff Rear Admiral Seth Amoama and the Ghana Navy we are honoured to announce the program for the inaugural International Maritime Defence Exhibition and Conference (IMDEC) in Accra, Ghana. The event will be part of Ghana’s 60 years of Naval Excellence celebration and is proud to feature the largest gathering of Africa’s maritime stakeholders, as we commemorate this important milestone.

Below is a snapshot of some of the confirmed VVIP’s:

Kindly confirm your attendance by replying to mariam@gmevents.ae

GETTING IT RIGHT FOR INVESTORS IN ANGOLA