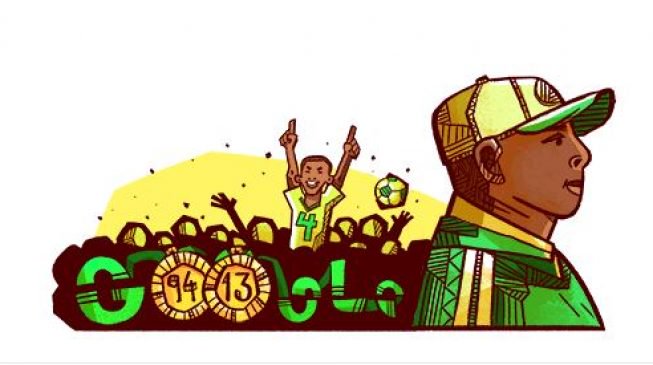 Alphabet’s largest subsidiary, Google on Tuesday marked the 56th posthumous birthday of the late Nigerian footballer and Coach, Stephen Keshi, with a Doodle on its homepage.

Google Doodle is a special, temporary alteration of the logo on Google’s homepages that commemorate holidays, events, achievements and people.

Mr Taiwo Kola-Ogunlade, Google’s Communications and Public Affairs Manager, Anglophone West Africa, made the assertion during a chat with Google in Lagos.

According to Kola-Ogunlade, Keshi was born in the Northeast of Nigeria and was famed all over the world for football as he played across Africa, Europe, and the U.S.

Kola-Ogunlade said that after his great success as a player, Keshi moved into coaching, the next phase of his career, adding that when the “Big Boss’’ became the coach of the Togo national team, he brought his trademark passion with him.

The Google manager said that against the odds, Keshi led Togo all the way to a qualifying spot in the 2006 World Cup in Germany. He achieved his personal dream in 2011, when he became an indigenous national coach of the Super Eagles, cementing his place in African and world football history.