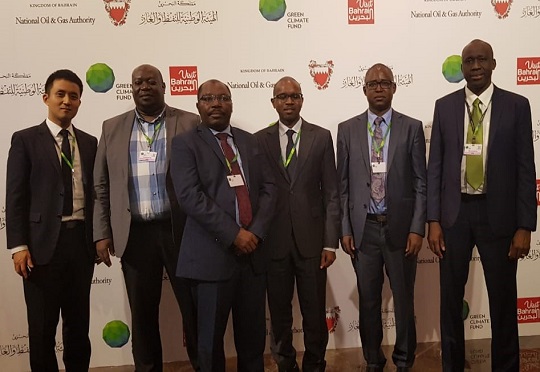 The Board of the Green Climate Fund (GCF) has approved funding for three proposals from the African Development Bank totalling over $110 million.

The approvals were granted at the GCF’s 21st Board Meeting in Manama, Bahrain.

Overall, the GCF Board, which was co-chaired by Paul Oquist from Nicaragua, and Ambassador Lennart Båge from Sweden, considered 20 funding proposals requesting approximately US$1.2 billion.

The Board approved US$67.8 million for the Programme for Integrated Development and Adaptation to Climate Change in the Niger Basin (PIDACC/NB), which will benefit from GCF funds comprising US$57.8 million grant, and a US$10 million concessional loan.

The program is further resourced by co-financing from the Bank, the European Union, the Global Environmental Facility, the Forestry Investment Programme of the Climate Investment Funds, and the beneficiary countries, for an estimated US$147 million. This brings the total program resources to US$214.8 million.

PIDACC will help preserve basin ecosystems and biodiversity, particularly by reducing the Niger River silting process; improving the adaptability of populations to climate change; and strengthening the resilience of production systems for 4 million direct beneficiaries, and 10 million indirect beneficiaries in the nine Niger Basin countries. It will also contribute to reducing about 7 million tCO2eq emissions over the project lifespan.

The “multi-national approach to climate change adaptation by PIDACC offers an opportunity for the African Development Bank-GCF partnership to promote low-emission, climate-resilient agriculture in the nine Niger basin countries” said Martin Fregene, Director, Department of Agriculture and Agro-Industry at the Bank.

The loan will finance three pilot solar PV plants and battery storage -with the shortfall financed by project sponsors’ equity and quasi-equity- and the grant will finance complementary technical assistance to ensure that green mini-grids are scaled-up across the country beyond the pilot phase.

The mini-grids will provide access to clean, reliable and more affordable energy to approximately 150,000 people who live off-grid. This will contribute to reducing emissions of 560,000 tCO2eq over the 20-year lifespan of the project.

The third project, the Yeleen Rural Electrification Project in Burkina Faso valued at about US$62 million, received approval for US$28.3 million, with co-financing from the Bank, EU and private sector sponsors to cover the rest of the project costs.

The project will provide electricity access to 335,000 people with an estimated annual consumption of 15 GWh, and create between 200 and 700 permanent jobs in the mini-grid market. It will also contribute to an estimated reduction in GHG emissions of about 390,000 tCO2eq over the 25-year lifespan of the project.

Ousseynou Nakoulima, Director of the Renewable Energy Department at the AfDB said, “We are pleased to partner with the GCF to unlock the first wave of green mini-grid deployment in the DRC and Burkina Faso and to accelerate access to a clean energy system. With innovative business models, these projects will set the stage for scaling up and replication throughout Africa.”

At the 19th Board session held in February 2018, the GCF Board approved the Bank’s first funding request of US$50 million senior debt and US$2.5 million grant for the Zambia Renewable Energy Financing Framework (ZREFF).

As the financing mechanism of the United Nations Framework Convention on Climate Change (UNFCCC), the GCF is intended to, among other goals, primarily channel concessional financing for climate actions that contribute to meeting NDC targets aligned with the Paris Agreement.

Anthony Nyong, Director of Climate Change and Green Growth Department responsible for managing the Bank’s engagement with the GCF thanked the Bank and the GCF teams who worked hard to deliver these projects. He welcomed the strong partnership between both institutions, stating, “The approval of these projects is a demonstration of GCF’s commitment to providing the financial support that is critically needed to meet the targets set out in the Nationally Determined Contributions of African countries. In view of the recent IPCC report and the urgency it brings to climate action, we support a strong GCF replenishment to enable the GCF to do more and on time”.