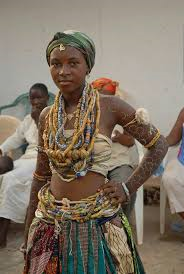 A leadership role in any community is a huge responsibility that comes with great challenges, hence the need for a defined preparatory training which would enable prospective leaders to manage such challenges. Although the claws of modernization have dug dip into the African system, there is a lot to learn from the various rites of passages which obtained in pre-colonial Africa that would help to improve leadership quality across the continent.

Cultural values the world over, are a priced possession to members of various communities as the older members of the community make it a point of duty to pass on valuable information about the norms and traditions, to the coming generation.

Asides the values and festivals which make up the core existence of the traditional African system, there are essentially five rites which obtain even though they may have some slight differences across ethnic groups. They include rite of birth, adulthood, marriage, eldership and ancestorship. These rites help to introduce community members to new phases of life.

The Rite of Adulthood which may also be referred to as age grade rites and circumcision by some tribes is still a predominant activity in many African communities but with some alteration. Adulthood rites are usually done at the onset of puberty around 12-13 years of age in many cultures with the aim to ensure the shaping of productive, community-oriented responsible adults. It is believed that the transition to adulthood could be made relatively easy with the preparatory training that comes along with the initiation ceremony.

In Gambia, teenage boys are taken to what is called ‘bush school’ where they are taught by more experienced men, the values and traditions of their people as well as the medical values of each tree in the forest. This gives moral instructions and a sense of moral responsibility. Each of these boys is saddled with the task of keeping and also teaching the next generation of teenage boys these norms when they grow older, in line with a popular African proverb that says “one who learns teaches.” The boys are expected to live purposeful lives so as to be good examples for the coming generation.

For African teenage girls, the initiation ceremony marks their entry into adulthood and is also a public announcement to the community that she is ready to be married. Since the African culture revolves around the family, female initiation ceremonies tend to focus heavily on the preparation of young girls to be good wives and excellent mothers.

Young girls from the Krobo ethnic group in Ghana, perform the Dipo ceremony which initiates them to womanhood. The official ceremony is for about five days, while pre-ritual preparation lasts for three weeks. The mother of the young girl selects a ‘ritual mother’ which is usually a favourite aunt of her daughter. This ritual mother is responsible for preparing the young girl for her future role as a wife and mother. The young girl learns the art of cooking and household management, a skill she ought to have been performing beside her own mother, music, dance and beautification. The girl is encouraged to leave behind her carefree childhood attitude and adopt the stature of a woman full of dignity and grace.

The ritual mother will also tutor the young girl on the art of seduction. The ability to please a man in every way is an art taken seriously by Krobo women. This focus of seduction, however, does not necessarily lead to a high-rate of promiscuity.

After three weeks of training, she is ready for the Dipo ceremony which begins with the shedding of every piece of clothing that represents her childhood and then she is adorned with a new set of matured clothing. It is customary for these young girls to shave their hair and do a cleansing in preparation for the rite. To afford the best possible selection, the girl will travel with her female mentor to nearby villages to perform the ceremony. She takes with her all the glass beads owned by her family. Glass beads represent wealth among the Krobo and the more beaded necklaces, bracelets and other adornments she wears, the more attractive she will be. Traditionally the girls would perform the ceremony wearing nothing but their glass beads, but today all girls wear a loincloth. This exposure is said to be a form of marketing  to show the community that the girls were beautiful and ripe for marriage and therefore attract potential suitors. According to traditional law no woman is allowed to get married without haven gone through the puberty rites and every young woman must remain a virgin prior to this.

These ceremonies which have been criticized by people from different parts of the world as being barbaric, especially as regards the circumcision, shaving and nakedness, have some important lessons necessary for leadership and inter-societal relationships. These lessons seem to have been discarded alongside other practices that have phased out as a result of modernization. The preparatory training for instance, is a necessary requirement which can be infused into our educational training systems in order to groom capable leaders from the early stages of their lives. Leadership is a vital part of every societal system and as such everything that aims to promote good leadership must be imbibed for the growth of the continent.