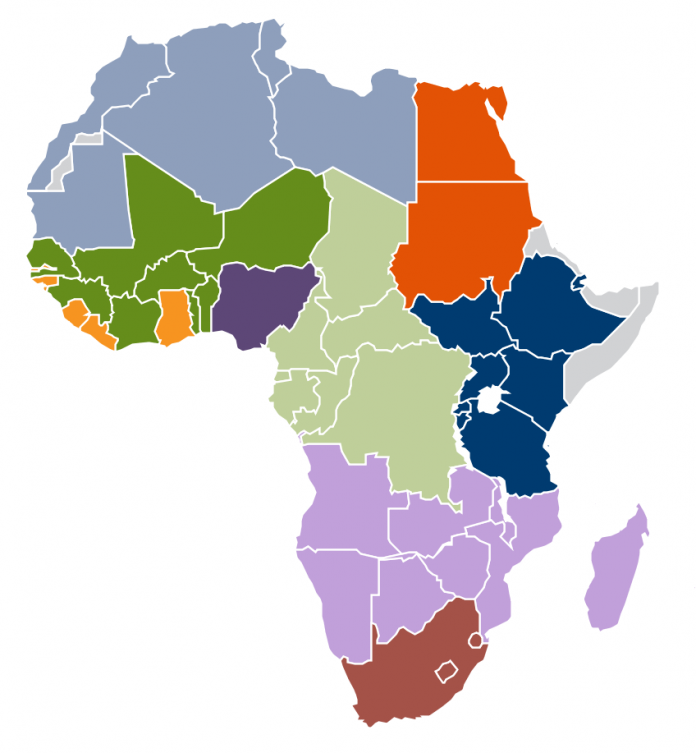 Developing countries need trade to assist them boost development and reduce poverty. This can be achieved through enhanced investment opportunities and the widening of the private sector base. Trade creates employment opportunities for improved livelihoods. It also strengthens economic ties between nations. For a continent like Africa, which is in dire need of development, experts recommend trade as an indispensable strategy to bring about prosperity. In this article, Ernest Amoabeng Ortsin discusses how African countries can grow their trade.

African leaders meeting in the Rwandan capital of Kigali, in March this year, took an unprecedented bold step to launch the African Continental Free Trade Area (AfCFTA) agreement. This followed three years of negotiations in which the countries cooperated among themselves to achieve the feat in a record time. Perhaps, what worked for them is the fact that they all belong to regional economic communities (RECs) that have achieved various degrees of integration, up to the level of customs union.

As a matter of fact, Africa’s intra-continental trade, over the years, has been substantially outpaced by its trade with the rest of the world – often by as much as 80%. Africa’s share of global trade is just about 2% and trade among African countries accounts for just about 7% of the continent’s Gross Domestic Product (GDP). The continent’s over reliance on commodities for extra-regional trade has made it dangerously exposed to commodity price shocks and the major ebbs and flows of global capital markets.

There are several factors that militate against the growth and development of trade on the continent. These are basically supply-side constraints that inhibit the productive capabilities of the various sectors. According to the 2018 Doing Business publication by the World Bank, while other regions of the world have been preoccupied with more technical aspects of doing business, most Sub-Saharan African (SSA) countries are still grappling with fundamental issues such as business startup procedures and trading across borders.

Based on the World Bank’s distance to frontier (DTF) scale, which measures the gaps between an economy’s current performance vis-à-vis international best practices, most SSA economies trail behind those of other economies when it comes to ease of doing business. The situation calls for pragmatic steps to be taken to ensure that trade transactions between the SSA region and other regions of the world are improved.

With the coming on stream of the AfCFTA, it is expected that a single market of about 1.2 billion will be created. This will lead to the consolidation of a combined Gross Domestic Product (GDP) of more than $2 trillion. The United Nations Economic Commission for Africa (UNECA) forecasts that full implementation of the AfCFTA will boost intra-African trade by 52% by the year 2022 (based on 2010 trade volumes).

However, in order for these anticipated benefits to be reaped, African countries need to address the challenges that undermine the growth and development of trade on the continent. There are some sectors that require urgent attention and three of them are discussed below:

With very few exceptions like Singapore, almost all the major economic powers of the world achieved their prosperity with agriculture as the backbone. Indeed, the Industrial Revolution     (18 -19th Century) could not have been achieved without a strong agricultural base. To start with, agriculture provided food security as well as the raw materials that were needed to support manufacturing. African countries, therefore, need to take agriculture more seriously than they are doing presently.

According to the 2017 African Agriculture Status Report by the Alliance for a Green Revolution in Africa (AGRA) almost 70% of the people on the continent are involved in agriculture as smallholder farmers. In spite of this, the World Bank indicates that the continent’s food import bill hovers between US$30 billion and US$50 billion every year. The Bank also predicts that the African food market will be worth US$1 trillion by 2030 up from the current US$300 billion.

The implication is that there is a huge opportunity for African countries to develop their agriculture and take advantage of the food market that already exists on the continent. In addition, a robust agricultural sector would be the bedrock for industrialization on the continent.

African countries need to recommit themselves to the Maputo decisions that adopted the Comprehensive Africa Agriculture Development Programme (CAADP) to guide development of agriculture. At the present time, the vast majority of the continent’s food growers are smallholder farmers cultivating parcels of land that are, on average, less than 2 hectares. Consequently, there is need for modernization and mechanization and investment in the agribusiness sector.

Value addition to African exports has been part of the trade discussion for a very long time. Experts have always contended that African countries earn low on their exports because they are mostly in their raw or semi-processed state. A typical example is in the cocoa – chocolate industry where Ghana and Ivory Coast control more than 50% of the world supply of cocoa beans but earn only a fraction of proceeds from the chocolate industry. While the global cocoa market is worth $2.1 billion, that of the chocolate market is worth $131.7 billion and ironically, Ghana and Ivory Coast practically earn zilch on the chocolate sector.

Historically, manufacturing has been a major challenge for the continent. Excluding South Africa, the continent’s share of global manufacturing fell from 0.4% in 1980 to 0.3% in 2005. Its share of world manufactured exports also fell from 0.3% to 0.2% during the same period. In a study conducted by the African Capacity-Building Foundation in 2017, it was established that the current average African spending on research and development stands at about 0.5%. This is woefully below the 1% of GDP pledged in 1980 and again in 2005 by African countries.

According to the same report, even though two-thirds of African countries have Science, Technology, and Innovation (STI) policies and strategies, their capacity to implement them remains very low. The report contends that African countries need to build STI capacities to innovate and promote STI for development, or risk being left behind in the race toward inclusive globalization. The ACBF, consequently, advocates for more commitment on the part of African countries towards the implementation of the 10-year Science, Technology, and Innovation Strategy for Africa (STISA-2024) adopted in 2014.

The Overseas Development Institute (ODI), on the other hand, is rather optimistic about prospects of growth in the manufacturing sector. It notes that between 2005 and 2014, manufacturing production more than doubled from $73 billion to $157 billion, growing 3.5% annually in real terms. Some specific countries including particularly showed strong annual growth: Uganda (5% over 2010-2014); Zambia (6% over 2008-2012); and Tanzania (7% in the last decade). In general, African countries need to sustain this kind of growth in order to shore up their manufacturing potentials.

For trade to grow in Africa there is need for increased foreign direct investment (FDI) to boost productivity. But, quite regrettably, FDI inflows into Africa dropped from $50 billion in 2016 to $42 billion in 2017, according to United Nations Conference on Trade and Development (UNCTAD) World Investment Report 2018.

At the country level, the gainers included Ethiopia which received $3.6 billion to become the second largest recipient behind Egypt. Morocco increased its share by 23% equaling $2.7 billion whereas Kenya increased its inflows by as much as 71%, to $672. South Africa was a big loser, falling by as much as 41% to $1.3 billion, followed by Nigeria which also fell by 21% to $3.5 billion.

Thus, African countries need to start implementing appropriate policies that would attract FDI from their traditional investors such as United States, United Kingdom and France. Newer investors to the continent include China, India and Singapore. Multinational enterprises from these countries are among the top ten investors on the continent.

To conclude, the point has to be made that efforts to grow trade in Africa will require multi-faceted strategies. The good news is that the stable political environment in most of the countries now provides fertile opportunities for investment and growth. The private sector is picking up, with an emerging indigenous entrepreneurial class determined to change the status quo. With the right mix of strategies and policies, addressing some of the sectors discussed in this article and more, Africa can surely find itself on the path towards growth in trade.