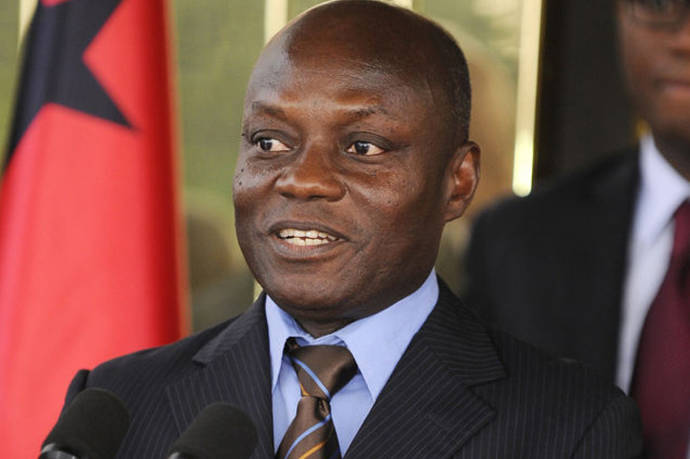 Dja succeeds Carlos Correia, who was sacked earlier this month in a move that threatened to deepen political turmoil in the tiny West African nation.

The ruling party said it would not support Dja, who held the same post briefly last year but was forced to resign when the Supreme Court ruled that the appointment was made without consulting all political parties and was therefore unconstitutional.

“The PAIGC will not accept any illegal and unconstitutional decision,” and “will respond with all means at its reach,” the party said in a statement demanding that it choose its own prime minister.

About 100 protesters descended on the presidential palace after the appointment, throwing stones at the palace and burning tyres. Police fired tear gas on the crowd and some protesters were injured, according to a Reuters witness and the PAIGC.

The incident is the latest in a spiralling political crisis in Guinea Bissau, a former Portuguese colony that has not seen a democratically elected leader serve a full term since independence in 1974.

It has had nine coups or attempted coups since 1980, and the turbulence has helped it become a major transit point for cocaine trafficked from South America to Europe.