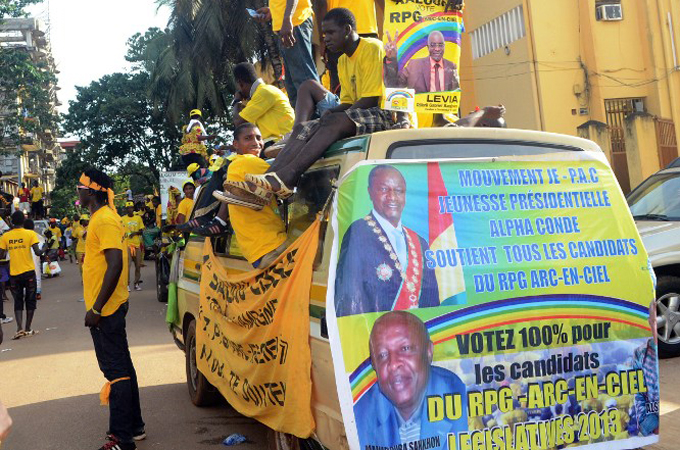 Long lines and a strong security presence marked the opening of voting in Guinea for hotly contested legislative elections that have sparked fears of violence.

Saturday’s vote, delayed several times and already marred by deadly pre-election protests over how it will be conducted, is intended to complete a rocky transition to democracy that began with the election of President Alpha Conde in 2010.

Polling stations in both pro-government and pro-opposition sections of Conakry appeared to have opened on time and without incident at 7 a.m.

Guinea suffered under dictatorship and strongman rule until the 2010 presidential election, which showcased tensions between the country’s Malinke and Peul ethnic groups.

The legislative poll comes on the four-year anniversary of a notorious stadium massacre in Conakry that killed more than 150 people.