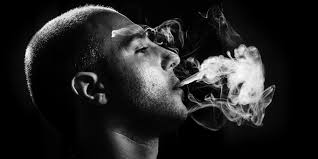 DUBAI: Scientists, healthcare providers, policymakers and private sector companies met in Dubai for the first ever Middle East and Africa (MEA) Health Forum on ‘Harm Reduction for Healthier Societies’. With a focus on obesity and tobacco, participants at the inaugural forum considered some of the major developments and transformative innovations being adopted to help build healthier societies in these regions.

Panelists and speakers discussed how potentially preventable risk factors such as poor diets, high blood pressure, high body mass index (an indicator of obesity and being overweight), and smoking are contributing to the growing burden of non-communicable diseases in the MEA region. There are 1.4bn smokers on the planet today and 1.4bn deemed overweight. These numbers are of crisis proportions. As these non-communicable diseases (NCDs) are looming as the greater threat, forum attendees recommended that existing public health policies and strategies be revisited in order to allow the formulation of new, evidence-based measures for harm reduction. They held that such measures including smarter policies based on ongoing robust scientific research.

Dr Nasim Ashraf, CEO of the DNA HealthCorp, noted that for the first time in the history of humanity, the new generation of children, the millennials, will be worse off economically and also from a health perspective. And for this to change the whole system needs to change, which is too often skewed towards treatment rather than prevention.

In the final remarks summarising proceedings from the discussions there was a consensus that harm reduction should be part of any effective public health strategy in national efforts to lower the health burden associated with smoking and the overconsumption of sugar, saying that these two health issues are widely acknowledged as a leading cause of NCDs.

Novel products such as vaping, for example, were 95% less toxic than traditional cigarettes and could simply not be discarded in policy formulation. At the same time, obesity should not be looked at in isolation. Sleep deprivation for example is a contributing factor to an unhealthier lifestyle.

Too often policy makers, scientists and industry are working in isolation when they needed to collaborate and engage more closely to develop better solutions.

In its summary the Forum called for more alternatives and innovative solutions, including the establishment of an independent research fund or institution to research, evaluate and develop solutions in the area of tobacco.

On sugar harm reduction, the Forum noted a consensus that sugar in itself is not harmful when consumed in appropriate quantities. However, the Forum called for the establishment of mechanisms to identify instruments and published studies on health risks associated with the use of sugar in all its forms, broader public health awareness programmes on this issue and smarter regulation when it comes to acceptable sugar levels in consumer products.