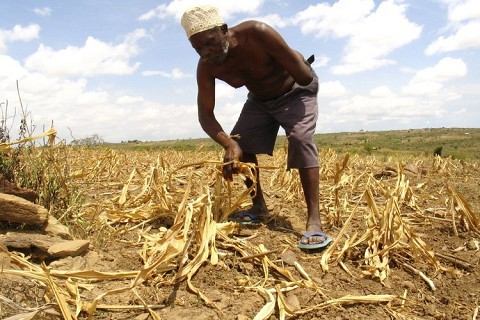 About 1.3 million Kenyans are affected by the drought situation in the country. Devolution Cabinet Secretary Mwangi Kiunjuri said on Friday that the number is however lower than three years ago.

Kilifi is the worst-hit county among the 23 counties affected by the drought. Other affected counties include Tana River, Kwale, West Pokot, Tharaka-Nithi, and all the counties in northeastern region.

Mr Kiunjuri said government has put in Sh90 million to feed the people in Kilifi and has also dug boreholes.

In Tana River County, the government has spent Sh75 million to help farmers, he said.

“There is no report of any Kenyan who has died of hunger,” Mr Kiunjuri said.

Mr Kiunjuri said a number of ministries are working together to ensure no Kenyan starves.

“We would like to assure that the government is on top of this. There is no alarm,” he said.

Treasury Cabinet Secretary Henry Rotich said cost of drought intervention is not known for now but says ministries of Water, Health, Agriculture, Devolution will handle intervention programmes and will meet to assess the money needed.

He said Treasury released Sh254 million but the true cost of such intervention will be known after the relevant ministries assess their need.