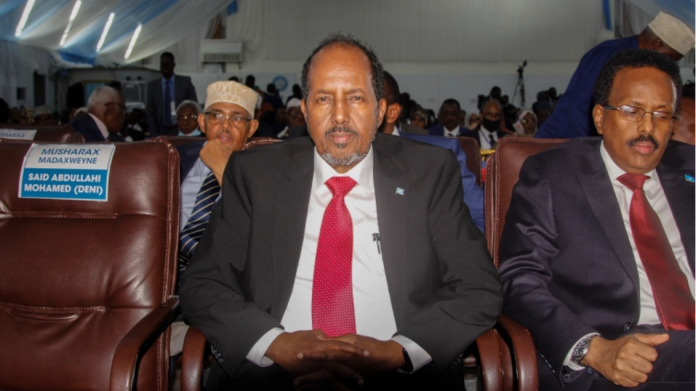 Former Somali President, Hassan Sheikh Mohamud, has been re-elected as the 10th president of Somalia, defeating incumbent President Mohamed Farmajo in the third round of votes held in Mogadishu on Sunday.

This came after a marathon poll involving 36 contestants broadcast live on state TV.

Farmajo’s mandate ended in February 2021, but he remained in power amid a delay in holding parliamentary elections.

Mohamud, 67, who was previously president from 2012-to 2017, becomes the first president to be elected twice in the history of Somalia.

Mohamud is the leader of the Union for Peace and Development Party, which commands a majority of seats in both legislative chambers.

He is well-known for his work as a civic leader and vanguard for education. During the campaign, he vowed that his government would be inclusive.

In Somalia, the president is elected by members of parliament and senators. To be elected, a candidate must receive at least two-thirds of the votes, or at least184 votes.

Celebratory gunfire erupted in Mogadishu, with many hoping that the vote would draw a line under a political crisis that lasted well over a year.