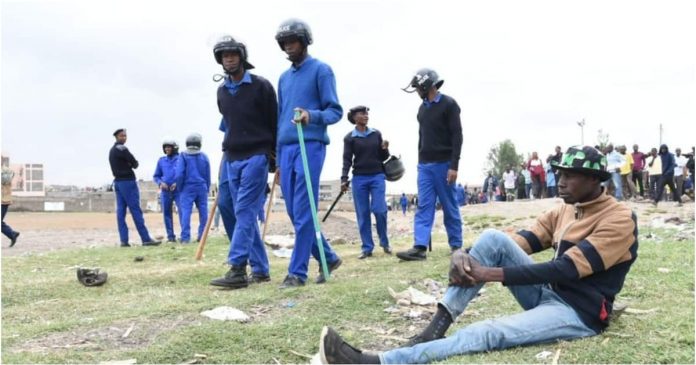 Ethiopia’s peace prospects took a positive turn over the weekend after the government and the rebel Tigray People’s Liberation Front (TPLF) signalled plans for imminent peace talks, with Kenya emerging as a possible venue.

It was the first time both sides had confirmed, since talks earlier in the year of planned dialogue outside Ethiopia to help end the one and a half years of war.

Ethiopian Prime Minister, Abiy Ahmed, on Tuesday, announced that his government had set up a committee to negotiate with the Tigray rebels in a bid to end the 18-month-old bloody conflict in the country’s north. That committee could complete its work in 15 days, he suggested, which could mean actual talks may start in early July.

Later on Tuesday, TPLF leader Debretsion Gebremichael, said: “We stand ready to a credible, impartial and principled peace process that engages with the parties to the conflict in Ethiopia in a serious, inclusive and considered manner.”

The rebel leader said they were ready to dispatch a high-level delegation, fully mandated and briefed to talks “convened and hosted by the government of Kenya.”Ethiopia’s government did not confirm the venue but sources in both camps had mentioned Tanzania and Kenya as probable venues.

The move was nonetheless being interpreted as a significant step towards a permanent peace, with the US urging parties to compromise and choose dialogue for the sake of the people.

Since the conflict erupted in Ethiopia’s northern Tigray region in November 2020, thousands have died and nearly 90 per cent of the population is facing a serious food shortage, according to UN agencies.

Yet famine may have been just one of the reasons.

The direct talks may have been compelled by emerging economic and geopolitical trends that forced both parties to abandon their military adventure, according to political analysts.
“TPLF faces the daunting demand of disarming its fighters and renouncing its claim over contested territories.

‘‘And human suffering due to blockade builds discontent in Tigray and undermines its political survival if antagonism with Eritrea and the neighbouring regions continues,” Metta-Alem Sinishaw, a senior political analyst based in Ethiopia told The EastAfrican.

Dr Debretsion Gebremichael, in an open letter to regional and international peace partners, said on Monday that “the government and people of Kenya have demonstrated, over the years, their impartiality, honesty and solidarity towards Ethiopia, and their commitment to the norms and principles of the African Union.

“We hold firm to the existing agreement among the parties to meet in Nairobi for negotiations hosted and facilitated by the President of Kenya.”

TPLF’s sudden preference for Kenya to AU’s mediation is not without strings, however. It aims at exploiting the new reconfiguration of geopolitical and geostrategic positions, says Mr Metta-Alem.