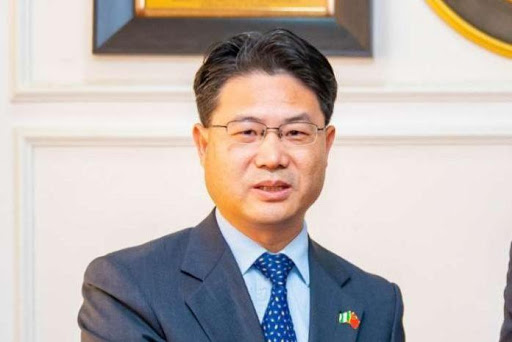 The Consul General of the Chinese Consulate in Lagos, Nigeria, Chu Maoming, has shared insight into how the Chinese government lifted about 700 Million Citizens out of poverty. The Consul General made this known recently during a reception to mark the 70th anniversary of the founding of the People’s Republic of China. Ambassador Maoming, in his remark opined that, since the 1st National People’s Congress in 1954, the Chinese people were led towards carrying out socialist revolution, establishing socialism as China’s basic system, and advancing socialist construction, which laid down the fundamental political preconditions and institutional foundations for all development and progress in contemporary China, and laid down a solid foundation for China’s development, prosperity, and strength and the Chinese people’s affluence.

In his words, “After 70 years of development, China today stands at a new historical starting point. China’s per capita GDP comes to $10,000 from less than $100, and the average life expectancy in China comes to 77 from 35. Especially since China started its reform and opening-up in 1978, China’s GDP has averaged an annual growth rate of around 9.5%, and more than 700 million Chinese people have been lifted out of poverty.”

Continuing, Ambassador Maoming, maintained that, “as the second-largest economy, the largest industrial producer and the largest trader of goods in today’s world, China contributed over 30% of the global economic growth over the recent years. Today, China enjoys a harmonious society, prosperous economy and rapidly advancing science and technology, while the Chinese people enjoy a happy life that they dreamed for generations. Just as H.E. President Xi Jinping said, “today, we are closer to, more confident in, and more capable of making the goal of national rejuvenation a reality than ever before .”

The Chinese government has set aside the 1st of October every year for the commemoration of the country’s anniversary. This year, the country will be celebrating its transformation into an economic superpower.