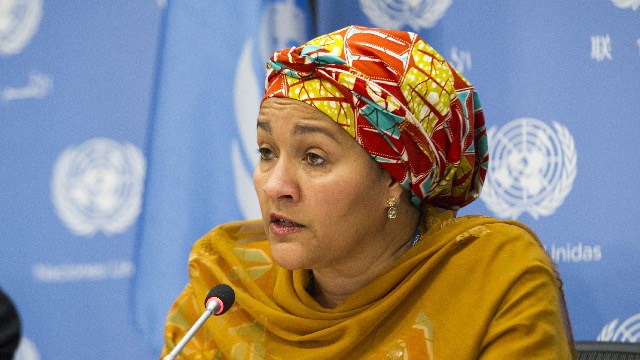 When fully implemented, the Intended National Determined Contribution (INDC) and the Paris Agreement on Climate Change will grow Nigeria’s economy by five per cent yearly. It will also improve standards of living and electricity, and contribute to Greenhouse gases reduction.

The Minister of Environment, Amina Mohammed, made this known at the just- concluded National Council on Environment in Lafia, Nasarawa State.

The disclosure comes as the country is concluding its roadmap for the implementation of the INDC, in consultation with key stakeholders. Besides, President Muhammadu Buhari is scheduled to sign the Paris Agreement at the United Nations General Assembly in New York, next month.

The Minister said the development would present a huge opportunity to embark on adaptive and mitigation actions that would reduce the effects of climate change in Nigeria.

She regretted that the country’s past inability to put at the core of its development agenda a plan for people, planet and prosperity had led to environmental degradation, ecological disasters, depletion of natural resources and deprivation, leading, in turn, to increasing insecurity and conflicts.

“It is the desire of this administration to support the stability of the nation, based on a model of national progress and development that respects the sustainability of the environment, as well as the economic and social aspects of development,” she said.

The Minister said that through collaboration and effective synergy, the administration hoped to tackle elements that exacerbate conflict, providing a stable economic environment for growth.

“By taking climate actions, the government attempts to make weather and rain more predictable, to support agricultural planning by collaborating with other stakeholders to reduce harmful gases and create new mixes to increase productivity and reduce violence.”