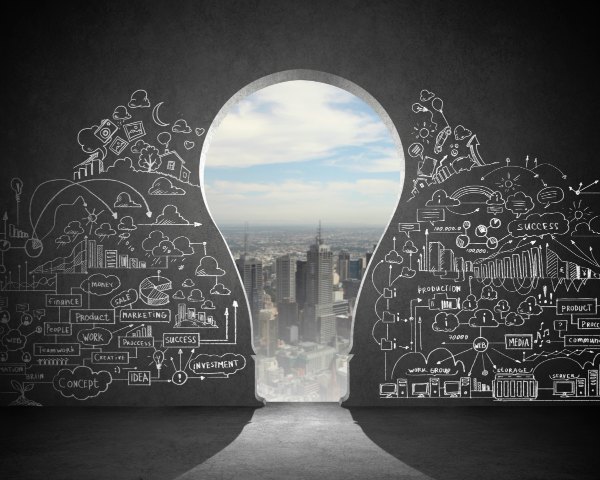 Believe it or not, business entails creativity, and not just a little, but a lot. Taking into account the fact that all things and all results start out from a single idea – which requires a lot of creativity – then it makes sense that business or entrepreneurship should also give a lot of credit to creativity. That is why there is such a thing as “entrepreneurial creativity”.

There are a lot of people – even long-time entrepreneurs – who have a hard time pinning a definitive meaning for “entrepreneurial creativity”. One of its more popular definitions describes it as the act of “coming up with innovative ideas and turning these ideas into value-creating business activities which are, ultimately, profitable”. It sounds comprehensive enough, but we can try to do better. In order to fully understand what it is, let us first break it down into its smaller parts and define them.

Entrepreneurship is broadly described as the “capacity and willingness to develop, organize and manage a business venture and, along with it, its associated risks, for the primary purpose of earning a profit”. Economics has another way to define it, referring to it as the “process of discovering new ways of combining resources, such as land, labor and various natural resources, and capital, in order to make a profit”. In today’s context, when one is about to engage in business, he or she is said to be practicing entrepreneurship and, as a result, comes to be known as the entrepreneur.

An entrepreneur is described as someone who is capable of using his or her “innate potentials” in order to create value by coming up with a package or collection of resources. He is someone who can spot an opportunity from a mile away and can easily think of ways to exploit it. The entrepreneur is also viewed to have the capability to build something out of very little or, sometimes, even from practically nothing.

In a business setting, we can try to compare Person A and Person B. Both are looking for ways to make a profit. Person A uses what resources he has in order to start a business that already has a ready market. The market he is trying to enter already has several of similar types of businesses. Person B, on the other hand, takes one look at the market and, instead of starting a business that already exists within that market, proceeds to set up one that has not yet operated or opened up before. In fact, just as there is a huge possibility that the business will succeed, there is also that equally huge possibility that it will not work at all.

Between the two business people, Person B is the entrepreneur. He is the risk-taker of the two, preferring to strike out on his own, with a business idea that has not yet been tried or tested in that market before. It goes without saying that being an entrepreneur involves having to deal with a lot of uncertainties; after all, entrepreneurs are known to be risk-takers.

This level of uncertainty and the high degrees of risk involved naturally drives entrepreneurs to become more determined and driven. They have more to lose, so they are more inclined to put in more work. Thus, they have to exert high levels of energy – including creative energy – in order to bring about results. Originality is also a trait that is never too far removed from an entrepreneur and, we are all aware that originality requires creativity – lots of it.

Industries would not be what they are today without the entrepreneur. If all business people played it safe, then there is no way that we would have a global business landscape as diverse and dynamic as the one that is thriving today. It is through their brilliant minds and creative ideas that business and industry have been molded and shaped to its current state.

What is Entrepreneurial Creativity

True entrepreneurs are often described as possessing a “mix of creativity and irrationality”. They are creative in the sense that they have clear visions of what they want in the future, and they have the abilities to achieve what they have envisioned, but they are also somewhat irrational, in the sense that they are willing to take risks and face uncertainties. Even when others are going in one direction, they are willing to go against the tide, stubbornly taking another route, in the belief that, by following that route, they can obtain that vision.

There are several ways to define creativity, and we will try to touch on each one briefly.

Creativity is an ability, an attitude, and a process. First, it means having the “ability to use one’s imaginative skill in order to come up with something new, whether by production, invention, or innovation”. It mostly stems from coming up with ideas and, by manipulating, combining or reapplying with them, being able to generate more ideas that no one has come up with before.

In order to be able to come up with new ideas, one has to be flexible and become receptive to change. Otherwise, they would not be able to recognize if an idea has a potential to be manipulated into something fresh and new. This is where creativity being an attitude or state of mind is factored in. For the entrepreneur, change is always welcome. Change is normal; change is healthy. Change is inevitable, so they might as well take advantage of it and use it creatively to their own advantage. In fact, entrepreneurs, more often than not, actively seek change.

Now when does creativity become a process? Coming up with novel ideas does not come up in a snap; there is a gradual progress from a germ of a thought or an idea to a full-blown solution. Usually, the first step is the identification of a problem. From there, the creative mind will proceed towards thinking of possible solutions to that problem. That, in itself, is a process.

There are so many ways to look at one thing; why else would hundreds of people have hundreds of varying perceptions about a single subject or object? Similarly, there could only be one problem, but three different people could come up with three different solutions.

This is creative thinking at work. Creativity in business is embodied in creative thinking, where entrepreneurs use their logic and reasoning, combined with the force of their imagination, to come up with solutions to already identified problems and challenges. In order to fully make use of one’s creativity, there is a need to be open to ideas and to be flexible. Keep in mind that most of the brilliant ideas arise from other ideas, and entrepreneurs start small: with an idea. You should be able to form your own opinion and come up with your own ideas. This independence is a trait that is seen in the best and most dynamic entrepreneurs.

As mentioned earlier, entrepreneurs take the first step by having an idea. They used their imagination and logical reasoning; that is the creative thinking part. Now they need to use their other raw material, their expertise.

This encompasses everything that the aspiring entrepreneur knows, primarily his technical know-how and knowledge in business, particularly those that can be acquired from formal education, trainings and actual business and work experience.

You have the brilliant idea, and you have the resources to get it started. Now you have to want to make it happen. This component of creativity is called motivation.

From the discussion above, we can now have a better view on what entrepreneurial creativity is. It is the application of creative thinking by entrepreneurs when it comes to their ventures or business activities. It could come in the deceptively simple task of conceptualizing an amazing logo for the business, or it could be something more complex like drawing up a sales letter that will easily convince customers to spend their money on your venture, business, or product.

Another example of a show of entrepreneurial creativity is the ability to identify a gap in the market, and thinking of a product or a service to fill that gap. Even information-gathering has a degree of creativity involved.

You have the idea, you have the resources, and you even have a lot of motivation and passion to bring your idea to life. Now it is time to bring your brilliant idea to reality. This is called innovation.

The simple definition of innovation is the “introduction of something new, fresh, or different”. From the point of view of an entrepreneur, it is the process where ideas and knowledge are combined to create new value, which are often new ideas that, in turn, create value that also results to more value-creating ideas. These series of events work like a chain reaction triggering down the line.

Innovation boasts several key elements, which are also known as the 9 Cs. They include a challenge (the “pull), customer focus (the “push”), communication (the “life blood”), collaboration (the “heart), completion (the “muscle”), culture, contemplation (the “ladder”), context and, of course, creativity.

Creative entrepreneurs are always thinking up of new products or services that are so innovative they have the ability to create or open up new markets. This is probably the most popular and common form of innovation.

It is at this point that we must make a clear distinction between invention and innovation. These are two different concepts: invention is the creation of a product or a process for the very first time, while innovation is an improvement or significant change to an already existing product.

Take, for example, the automobile industry. Earlier records show that the first true modern automobile was the Benz Patent-Motorwagen, which was built by Karl Benz, a German inventor. This is the invention. Here comes Ford Motor Company, and a whole slew of automobile manufacturers, and they continuously introduced their own take on the modern automobile, introducing new capabilities, improved parts. This is the innovation.

Being innovative is certainly one of the traits that demonstrate how competitive an entrepreneur is. Consumers are subject to the human nature of never being satisfied, so their demands will, no doubt, increase over time. It is up to the entrepreneur whether to be innovative so he can meet these increasing demands, or simply do nothing.

As the entrepreneur introduces innovations, new demand is created. When this happens, we are looking at a representation of the concept of “creative destruction”, where existing markets are destroyed to make way for new ones, only to be taken over and consumed by another set of newer market.

The Creative Entrepreneur and the Innovator

The creative entrepreneur is deemed to be the most ideal innovator, considering one of his personality traits of being flexible when it comes to change. In order to practice innovation, knowing when a change is looming and actually seeking it, and subsequently knowing how to respond to change, puts him in the best position to come up with innovative ideas.

If we go back to the previous definitions of entrepreneurship, we will be reminded of how the “newness” and “freshness” factors strongly figure in it. Entrepreneurship is mainly about coming up with and introducing new ideas, new products, new services, and the like, and it is no different from the general concept of innovation.