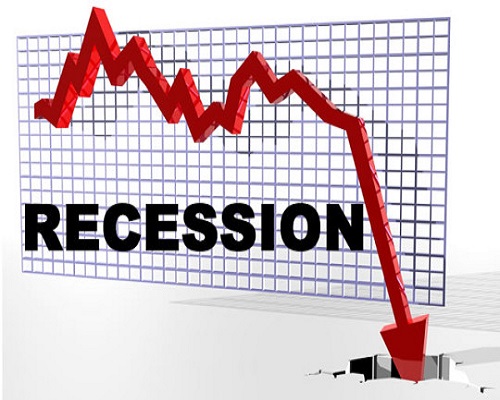 Despite challenging times occasioned by the global economic recession, Africa continues to post resilient growth, with growth expected to pick up from 2.2% last year to 3.4% this year, President of the African Development Bank Group (AfDB), Akinwumi Adesina, has said.

“These averages hide exceptional growth performance of many countries. In 2016, 12 countries grew at over 5% and 20 countries grew by 3-5%. Africa’s head is above waters in rising waters of global recession.

“Africa is resilient. But we must move quickly to unlock greater growth rates that will substantially drive down poverty and support faster diversification of the economies,” Adesina said in his keynote address at the on-going AfDB annual meeting in India.

He said confidence in Africa and its potential was what drove the African Development Bank. The new kick in the AfDB’s steps for Africa was driven by the bank’s adopted High 5s strategy: Light up and power Africa; Feed Africa; Industrialize Africa; Integrate Africa; and Improve the quality of life for the people of Africa.

“The High 5s will accelerate Africa’s development. The United Nations Development Programme’s (UNDP) independent analysis and report shows that Africa will achieve 90% of the SDGs and 90% of Agenda 2063 by focusing on these High 5s. The distance between vision and reality is action,” Adesina said.

The bank president said in 2016, the AfDB approved $10.5 billion – the highest ever in Bank’s history.

“We disbursed US $6.5 billion – the highest ever by the Bank. The Bank is delivering for Africa and we are ready to do more.”

He gave a breakdown of what the AfDB achieved in 2016 alone in “action units”:

“We did all these, while implementing major institutional reforms to improve institutional efficiency and effectiveness,” he said.

The focus of this year’s annual meeting is on the second High 5: Feed Africa.

“To develop with pride, Africa must feed itself, Adesina said.

“Africa’s food import bill stands at US $35 billion per year and is estimated to grow to US $110 billion per year by 2025. This has negative consequences on macroeconomic and fiscal stability. Africa must rise up quickly and unlock the full potential of its agriculture.

“Africa has 65% of the uncultivated arable land left in the world to feed 9 billion by 2050, so what Africa does with agriculture today will determine the future of food in the world.”

He said the key was to turn Africa’s natural comparative advantage in agriculture into a competitive advantage. There was need to accelerate access to high-quality seeds, fertilizers, irrigation, mechanized services and finance. And agriculture had to be taken as a business all across Africa.

“Africa needs to industrialize its agricultural sector to unlock wealth. To achieve this, Africa needs to establish Staple Crop Processing Zones and Agro-industrial Zones – fully-enabled with physical infrastructure – to attract private agribusinesses to locate in rural areas, create market pull for produce of farmers, and reduce high post-harvest losses in the supply chains.

“By doing so, we will turn rural areas from zones of economic misery to new zones of economic prosperity. We will be able to empower African countries to add greater value for what they produce. Our massive cotton production will translate into textile and garments.

“After all the price of apparels never go down, even when price of cotton declines.”

He lamented the fact that Africa produces 75% of the world’s cocoa, but receives only 2% of the US $100-billion annual chocolate market.

“African farmers sweat, while others eat sweets. While the price of cocoa has hit an all-time low, profits of global manufacturers of chocolates have hit an all-time high. It’s time to process Africa’s cocoa in Africa, for we must end Africa being at the bottom of global value chains,” Adesina said.