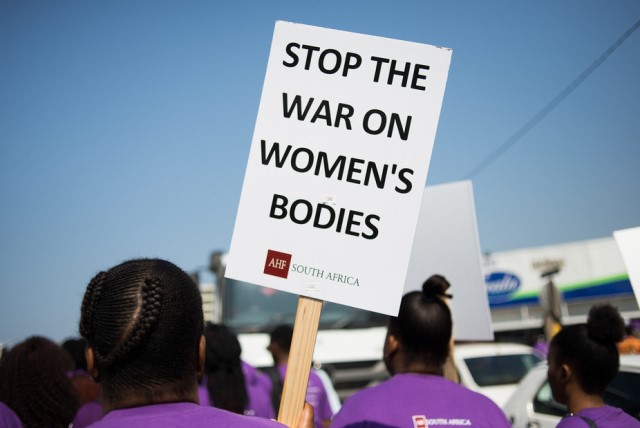 The chairpersons of three Parliament portfolio committees will convene a joint meeting to debate the ongoing scourge and rise of violence against women in SA.

Police committee chairperson Francois Beukman said in Parliament on Wednesday that a joint meeting between the police, justice and women portfolio committees would take place, following a number of highly-publicised murders of women, allegedly at the hands of men they knew.

The request was made by Democratic Alliance MP Zak Mbhele, who welcomed the decision on Wednesday. He hoped the joint meeting would allow members of the public and civil organisations to testify.

Mbhele had also made a request that the National Assembly debate the issue as soon as possible.

He told News24 that Speaker of Parliament Baleka Mbete had not yet responded to his request.

He again called on Women in the Presidency Susan Shabangu to retract a statement she made on eNCA Checkpoint this week that murdered Karabo Mokoena was “weak”.

“These callous comments, made by a minister who is mandated to advance women’s socio-economic empowerment and promote gender equality, are reprehensible and must be condemned in the strongest terms,” Mbhele said, repeating his call from his police budget debate speech on Tuesday.

“No victim of gender violence or domestic violence should be called ‘weak’ by the Minister whose entire portfolio revolves around empowering and protecting vulnerable women.”

Many on Twitter have come to Shabangu’s defence though, saying she may have chosen the wrong word and was being misinterpreted.

Shabangu was due to address the portfolio committee on women later on Wednesday to debate her department’s annual budget vote.