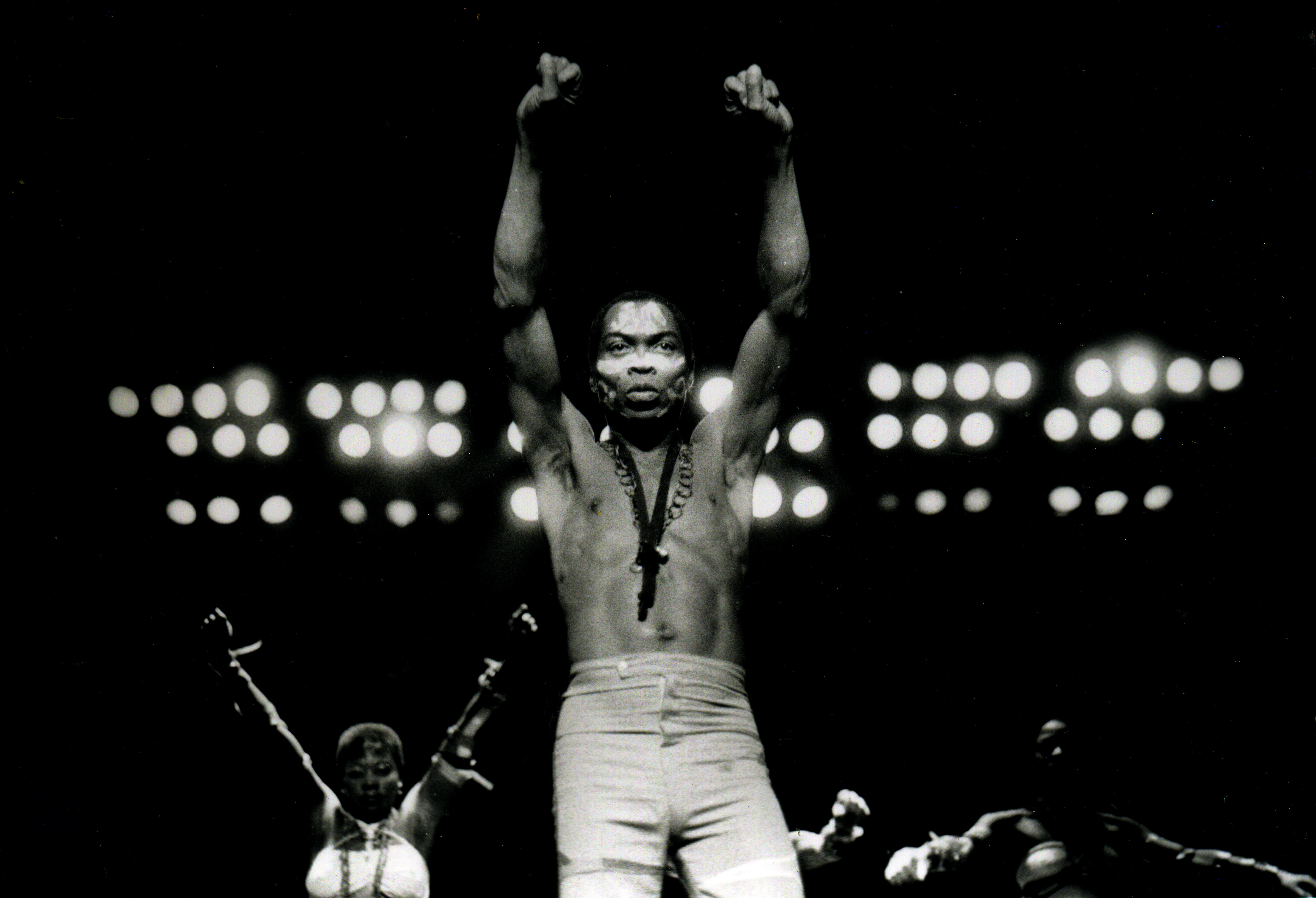 During the struggle for apartheid, civil and political unrest in Jamaica and corrupt practices in Nigeria and other sub-saharan African countries and beyond, music has served as big influence of change. ANTHONY ADA ABRAHAM writes on the influence of some world renowned who have used the power of their music to bring about positive change to the world.

Regea music is one of the most respected genres and talks about peace and not just Rastafarianism. Many believe that to be a Rasta man one has to smoke weed and pot, but on the contrary, they are people with one cause fighting for equality and justice.

Bob Marley and the Pan-African Struggle
Marley’s identification with Africa through the Rastafarian movement coupled with a keen awareness of political developments during the 1960s served to inspire the character and tone of his music. A further illustration of the pan-African character of the emergence of Marley, reggae and the Rastafarian movement as a social force is marked by the influence of US-based popular musicians such as Sam Cooke, Curtis Mayfield and the Impressions, James Brown, Aretha Franklin and Berry Gordy on the young emerging artistes of Jamaica.

By the 1970s the African liberation movements were in full force. A campaign of solidarity would emerge as a dominant political tendency in the United States and the Caribbean. The youths of South Africa in 1976 through their popular protests and rebellion would enhance pan-African solidarity and global support for majority rule throughout the sub-continent. This same year, Bob Marley and Wailers released the legendary album, Rasta man Vibration.

On this LP, the song, War, caught the attention of the youths of the western hemisphere and the world. This song included the words of a speech delivered by the then late Emperor Haile Selassie some years before at the United Nations. “We Africans will fight, we find it necessary…,” Marley said.
By 1980, a major victory had been won in the struggle for national independence in Zimbabwe. Marley had released the Survival album in 1979 which included the song, Zimbabwe, that championed the armed struggle of the Patriotic Front as the real revolutionaries who deserved the global support of the people. Marley would travel to Zimbabwe for the independence celebration in 1980, a milestone in his performance career being highlighted as the principle artiste exemplifying the world’s solidarity with the people of southern Africa.

Conversing With Listeners With Music:
The late pop star Michael Jackson’s final speech in front the Oxford University did challenge the audience. “We have to stop the prejudice, we have to stop the hating, and we have to stop the living in fear of our own neighbours. I would like all of you now to take the hand of the person to the left and to the right. Go ahead! Right now! I mean it right now! Go ahead! Don’t be shy! Do it! Now tell the person …tell the person next to you that you care for them. Tell them that you love them. That is what makes the difference. Together we can make a change of the world. Together we can stop racism. Together we can help to stop injustice. We can help the world live without fear. It’s our only hope. Without hope we are lost. Don’t forget his word.”

Sounds Galvanised People To Change
Majek Fashek and others first gained national fame on a television show in the early 1980s as a member of Benin-based reggae group, Jastix. His band mates included Ras Kimono and Amos McRoy Gregg. They toured for many years with fellow reggae group, The Mandators. His first album for the company included a cover version of Bob Marley’s Redemption Song.

Socially Conscious Singer
Edmond Montague “Eddy” Grant is a Guyanese British musician. The all music journalist, Jo-Ann Greene, noted: “Eddy Grant stands among an elite group of artistes as one who has not just merely moved successfully across the musical spectrum, but has actually been at the forefront of genres and even created one of his own.

Is It Still Culturally Valuable?
Fela Anikulapo Kuti thought the most important thing for Africans to use in fighting European cultural imperialism was to support traditional African religions and lifestyles. The American Black Power movement also influenced Fela’s political views; he was a supporter of Pan-Africanism and socialism, and called for a united, democratic African Republic. He was a candid supporter of human rights, and many of his songs are direct attacks against dictatorships, specifically the militaristic governments of Nigeria in the 1970s and 1980s. He was also a social commentator, and he criticised his fellow Africans (especially the upper class) for betraying traditional African culture. The African culture he believed in also included having many wives (polygyny) and the Kalakuta Republic was formed in part as a polygamist colony.

Bypassing editorial censorship in Nigeria’s predominantly state controlled media, Kuti began in the 1970s buying advertising space in daily and weekly newspapers such as The Daily Times and The Punch in order to run outspoken political columns. Published throughout the 1970s and early 1980s under the title, “Chief Priest Say,” these columns were essentially extensions of Kuti’s famous Yabi Sessions—consciousness-raising word-sound rituals, with himself as chief priest, conducted at his Lagos nightclub. Organised around a militantly Afro centric rendering of history and the essence of black beauty, Chief Priest Say focused on the role of cultural hegemony in the continuing subjugation of Africans. Kuti addressed a number of topics, from explosive denunciations of the Nigerian government’s criminal behaviour; Islam and Christianity’s exploitative nature, and evil multinational corporations, to deconstructions of Western medicine, Black Muslims, sex, pollution, and poverty.

Also the late Lucky Philip Dube was a South African reggae musician and Rastafarian. He recorded 22 albums in Zulu, English and Afrikaans in a 25-year period and was South Africa’s biggest-selling reggae artiste. In Prisoner, the South African artiste makes the genre his own by applying themes of apartheid and internal displacement.
In the song and music video, he is found disturbing the bounds of the genre by highlighting the toils of his own homeland. He was revolutionary in so far as he introduced a competing version to Reggae’s constant tendency of romanticising the utopian homeland of Africa. Dube was murdered in the Johannesburg suburb of Rosettenville on the evening of October 18, 2007.
There are other artistes in the Middle-East, Asia and elsewhere that were imprisoned for their criticism.
There is no doubt that music has contributed a lot in world peace and harmony and many artistes have contributed towards world peace with their songs.