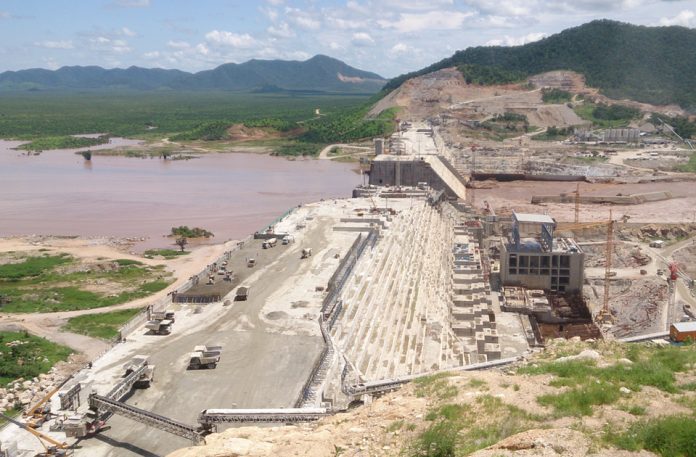 Unprecedented flooding has affected close to a million Sudanese and has claimed the lives of more than 100.

Experts believe that if the Ethiopian Renaissance Dam, upstream on the Blue Nile tributary, were fully operational, Sudan would not have witnessed such disastrous flooding.

Ethiopia began the dam project in 2011. When the government completes it, it will become Africa’s largest hydroelectricity plant.

The challenge to the completion of the dam comes from Egypt. They fear that the $4billion project will grossly reduce its access to the Nile water.

Talks between both parties have not produced any solutions yet, leaving Sudan stuck in the middle.

A Sudanese expert on international water law and policy, Dr. Salman Mohamed, noted that Egypt’s Aswan dam has proved that a dam can regulate the floodwaters effectively on The Nile.

His words: “We lost people, and properties of billions of pounds, but look at Egypt – they haven’t lost a single seedling because they normally keep the flood water in their high dam and we don’t have one like that, so the Ethiopian dam could have saved all that.”

Sudan already has eight dams on the River Nile.

“But our dams are too small,” says Dr. Mohamed, a fellow at the International Water Resources Association.

“Egypt has managed to use the flood water it collected for its agricultural projects in the desert.”

According to a report from the United Nations, 10 million Sudanese are currently facing food shortages this year, partly due to the lockdown imposed to stop the spread of COVID-19. Experts expect these figures to increase.

This increase in the number of people facing food shortages has heightened the need for the mega-dam, which will provide electricity and serve as water supply during the drought season.

Dr. Mohamed says, “I can only see the long-term benefits of the mega-dam project.”