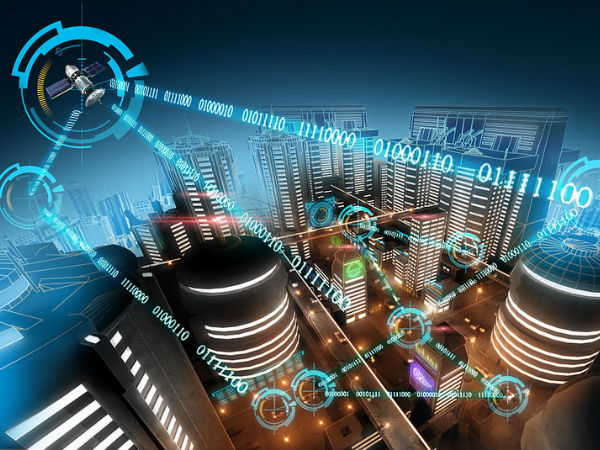 Entrepreneurial activities are crucial for stimulating innovation, growth and addressing the perennial problem of unemployment faced by most world economies. In most parts of the world, startup/entrepreneurial ecosystems have become hubs for spawning innovation, sustaining entrepreneurial businesses and creating jobs and businesses. Silicon Valley, Tel Aviv, London, Berlin and Shenzhen are some renowned and successful startup ecosystems. Though they all have particular characteristics which are dictated by the socioeconomic and cultural features associated with their milieu, they nevertheless operate within a generic framework which makes it possible to replicate such ecosystems in other contexts, including Africa.

These considerations are essential in light of efforts by several African countries, including South Africa, Nigeria, Kenya and Rwanda to increase their competitive edge by establishing and/or nurturing industries by creating startup ecosystems. In Rwanda, there has been the construction of the Kigali Innovation City (KIC), which is purposed to have a Pan-African human and economic development impact on accelerating Africa’s transformation agenda. The KIC which is a Private Public Partnership between the Government of Rwanda and Africa50, an infrastructure investment platform which was founded by the African Development Bank (AfDB) and African states, will serve as the continent’s Silicon Valley. KIC is expected to create over 50,000 jobs annually.

Its main aim is to build a critical mass of talent, research and innovative ideas that will transform Africa. This recent creation by Rwanda, however, is not the first attempt to build Africa’s own Silicon Valley. Ghana and Kenya commenced the implementation of similar plans, but they never materialized. Aside lack of meticulous and strategic planning, several startups in Africa have failed because of poor support ecosystems and misconceptions regarding the prerequisites for the sustainability of startups. This write-up seeks to clarify some of these issues, drawing from two of the most successful startup ecosystems in the world: Silicon Valley and Tel Aviv.

Startup ecosystems typically consist of a network of entrepreneurial stakeholders, venture capitalists, research institutions, universities, government agencies, bankers, lawyers and consultants that interact to create an incubator that generates and nurtures new entrepreneurial businesses. The world’s largest startup ecosystem in Silicon Valley, followed by Tel Aviv. Available literature (Piscione, 2013; Kon et al., 2013) indicate that these ecosystems are characterized by a generic framework which is replicable in other world contexts, including Africa.

Firstly, in both contexts, strategic policymaking has played a critical role. Availability of financial services, tax breaks, low employee tax on startups and investor-friendly policies in the ecosystem have been critical to the success of the Silicon Valley and Tel Aviv ecosystems. Such funding and incentives decrease the cost of starting and operating startups, providing a good opportunity for scale. The Silicon Valley ecosystem has thus engendered over 6,000 innovative companies. In the same vein, In Israel, government programs like Yozma which was in implementation from 1992 to 2003 offered tax incentives for venture capitalists and greatly increased private investment with government funds, together with grants for R&D which have contributed significantly to the stability and productivity of the ecosystem.

Another crucial characteristic is the creation of a network system between academic and research institutions and industry which facilitates the smooth transfer of innovation. This is one aspect crucial to the sustainability and success of startup ecosystems which has largely been ignored in attempts to ensure the sustainability of startups in Africa. Since the 1960s, the high scientific institutions such as Technion, the Hebrew University of Jerusalem, the Weismann Institute of Science, etc. established across Israel have been predominantly focused on the application of the science and technology developed within the institutions to real-world problems and products through technology transfer to industry.

In 1959, the Weismann Institute founded Yeda, which is a corporation to advance the transfer of research findings and innovative technological developments by the university to the global marketplace. The other universities followed suit not long after, creating their own companies to facilitate the transfer of technological discoveries and innovation to the industry. Many attempted startup ecosystems, including the Atlanta technology cluster, have stagnated because of a lack of this cohesive social and networking structure which is very strong in Silicon Valley and Tel Aviv and has been very critical to the success of startups in these two regions (Zhang, 2013; Kon et al., 2014). The same problem pertains to African startup ecosystems. Most startups operate in isolation, and securing funding is often the main issue of focus.

From the above analysis, however, it is evident that contrary to popular perceptions both by the national and international community interested in the development of African startups and entrepreneurship, finance and investment is not the only crucial factors to consider in establishing successful and sustainable startups that will provide employment.

Moreover, the creation of a school curriculum that gives some level of attention to teaching students to be entrepreneurial fuels the sustenance of startup ecosystems and creates a mutually reinforcing relationship between the two. Israel has world-class research universities, colleges and advanced military and civilian R&D institutes which yield several highly educated and skilled IT workers annually, out of which a significant number have strong entrepreneurial inclinations which are supported by the ecosystem on the one hand and contribute to the strengthening of the ecosystem on the other. Some of the institutions give their students the option of taking a one-semester course solely in entrepreneurship either at the graduate or undergraduate level while institutions like Technion have a department dedicated specifically to the promotion of entrepreneurship amongst students.

Additionally, accelerator programmes, linked with universities, colleges, companies, and venture capital funds, are integrated into a practical course on the development of startups. Several hundreds of students enrol in such programs annually, developing their startup innovations. More so, Israel has incubators lasting from 1 to 2 years which are purposed to aid startups in the infant stages by providing them with physical space, supporting administrative staff, mentorship and networking with experts. It has around 20 incubators which are private ventures but are highly financed by the government of Israel. Additionally, Israel has a number of accelerators (short-term mentorship programmes lasting about 4-5 months) in which entrepreneurs are trained and mentored to develop their business model.

A similar story pertains in the Silicon Valley where there is close networking between the university and research institutions and the industries, thus encouraging the spawning of innovation and further engendering new startups to meet market demands in the tech industry. The Silicone Valley grew from a custom of innovative thinking and industry and university networks like those between Stanford and the business world.

An important factor that has contributed to the success of these two ecosystems is their ability to meet the changing market demands in their specific contexts through research and innovation. Their startup ecosystems are thus established on the pressing market demands of their economies, making the ecosystems dynamic and relevant to meeting the changing needs of their specific economies. Tel Aviv has a robust military industry which has made Israel a conducive incubator for tech startups. A research conducted by Kon et al (2013) shows that the military has been instrumental in feeding the startup ecosystem with human resources and the impetus for entrepreneurship.

The sustainability of the Silicon Valley ecosystem equally derives from its ability to meet changing market demands in its economy. In the 1950s, a number of firms supplied electronic devices to the Defence Department. In the 1960s, the Valley became a centre for making computer chips (from which it derived its name, Silicone Valley). In the 1970s and 1980s, the region developed and produced personal computers and workstations, and in the 1990s, it aided in the commercialization of internet technology. The region has managed to stay on top of changing trends in the digital and technical economy in the US, and that accounts for its continued relevance and sustainability.

Conclusively, the following characteristics constitute the general framework for the creation of an environment that will spawn startups and cause them to thrive and multiply, thus creating new job opportunities:

Thus, these features of the framework of the Israeli and Silicon Valley ecosystem are fundamental elements that are critical to the success of any startup ecosystem. Majority of these elements can be identified in any other major and successful startup hub worldwide. They should, therefore, be the first point to address in creating an ecosystem that will support the success and sustainability of startups in Africa, to address the perennial problem of poverty, structural transformation and unemployment.