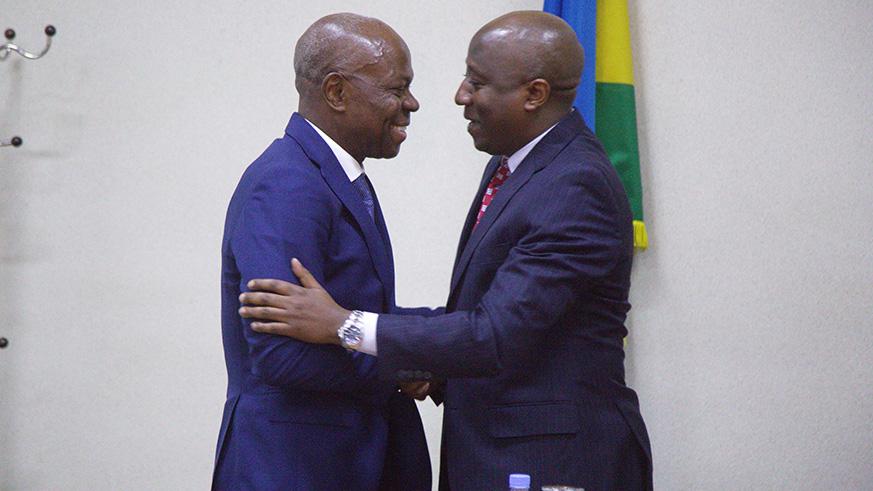 The International Fund for Agriculture Development (IFAD) will grow its investment in support to Rwanda’s agriculture to about $53 million in 2019-2021 from about $45 million in the 2016 – 2018 period, the President of IFAD, Gilbert Houngbo, has said.

He was speaking to journalists on Saturday, after paying a courtesy call on Prime Minister, Edouard Ngirente, they discussed about IFAD’s ongoing projects.

“The investments are all on the value chain from the production to access to improved seeds and fertilisers to post-harvest [handling] and access to the market,” he said.

“That increase is essentially due to the performance of our projects here because our allocation is performance-based, and I have to say that Rwanda is among the top countries that are performing, not only in Africa, but in the whole world”.

IFAD is present in more than 80 countries to develop and finance programmes and projects aimed at increasing agricultural productivity and incomes.

The institution has projects in Rwanda which partner with some cooperatives on post-harvest handling to tackle losses that farmers incur.

“The objective of the project is to reduce post-harvest losses by at least 20 percent. So, at the same time we are developing the whole value chain, from better drying to basic transformation [of farm produce] such as processing maize for example, and access to the market, and to help the cooperatives increase not only the production, and of course, their income,” he said.

The Minister of Agriculture and Animal Resources, Dr. Geradine Mukeshimana, said the project works in 12 districts whereby it has drying facilities and warehouse for storage of produce such as maize and Irish potatoes, which help reduce post-harvest losses.

IFAD also funded a $65.1 million Rwanda Dairy Development Project (RDDP) which will benefit over 100,000 resource-poor rural households, of whom 80,000 will be involved in dairy farming and 20,000 in off-farm activities along the dairy value chain.

“The project is intended to advance Rwanda’s dairy sector from increasing milk production, to transportation of such produce and helping people who are adding value to such produce,” Mukeshimana said.

She added that areas that needs more attention includes setting up an irrigation project in Kayonza District’s Ndego area, which is more prone to drought.

“Ndego is an area where crops are affected by dry spells than other parts of the country. So, we realised that it needs special intervention; we are preparing a project to address such a problem,” she said.

“We are developing a project on small livestock as we realised that raising small livestock accelerates nutrition improvement in rural communities, rapidly generates income, and fast-track poverty alleviation.”