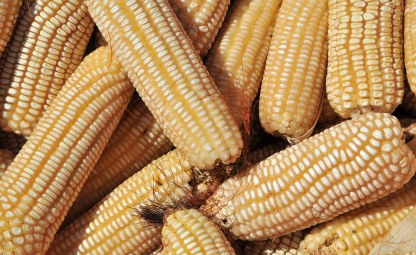 Kenya has lifted the ban which was placed last week on the importation of maize from Uganda, having cited high levels of aflatoxin in the grain which is not healthy for consumers.

The ban which did not go down well with millers as they faulted the government over the total ban on maize imports from Uganda and Tanzania, was lifted with certain restrictions in place to regulate and ensure the entry of quality products into the country. Millers within the country complained stating that the move will have a serious implication on the price of flour, while suggesting that the government should create a method of doing away with any maize product that has high level aflatoxin and allow the one that meets the set standards to be exported to the country.

It is from this that the government has lifted the ban with strict conditions to allow entry. From now on traders importing maize to Kenya are required to have certificate of origin before they will be issued clearance into Kenya at the border, and dealers of maize importation in Kenya shall be registered with a report on full details of their warehouses. Furthermore, it is expected that the imported goods must possess a certificate of conformity on aflatoxin levels which indicates the compliance of the required level of 10 parts per billion.

Addressing the current restrictions, the Agriculture Chief Administrative Secretary Lawrence Angolo, stated that they are in place to address the safety of consumers, noting that:

“While we strive to give Kenya safe food by addressing the challenge in productions system, we equally expect our trading partners to trade safe maize as per the East African community standards.”