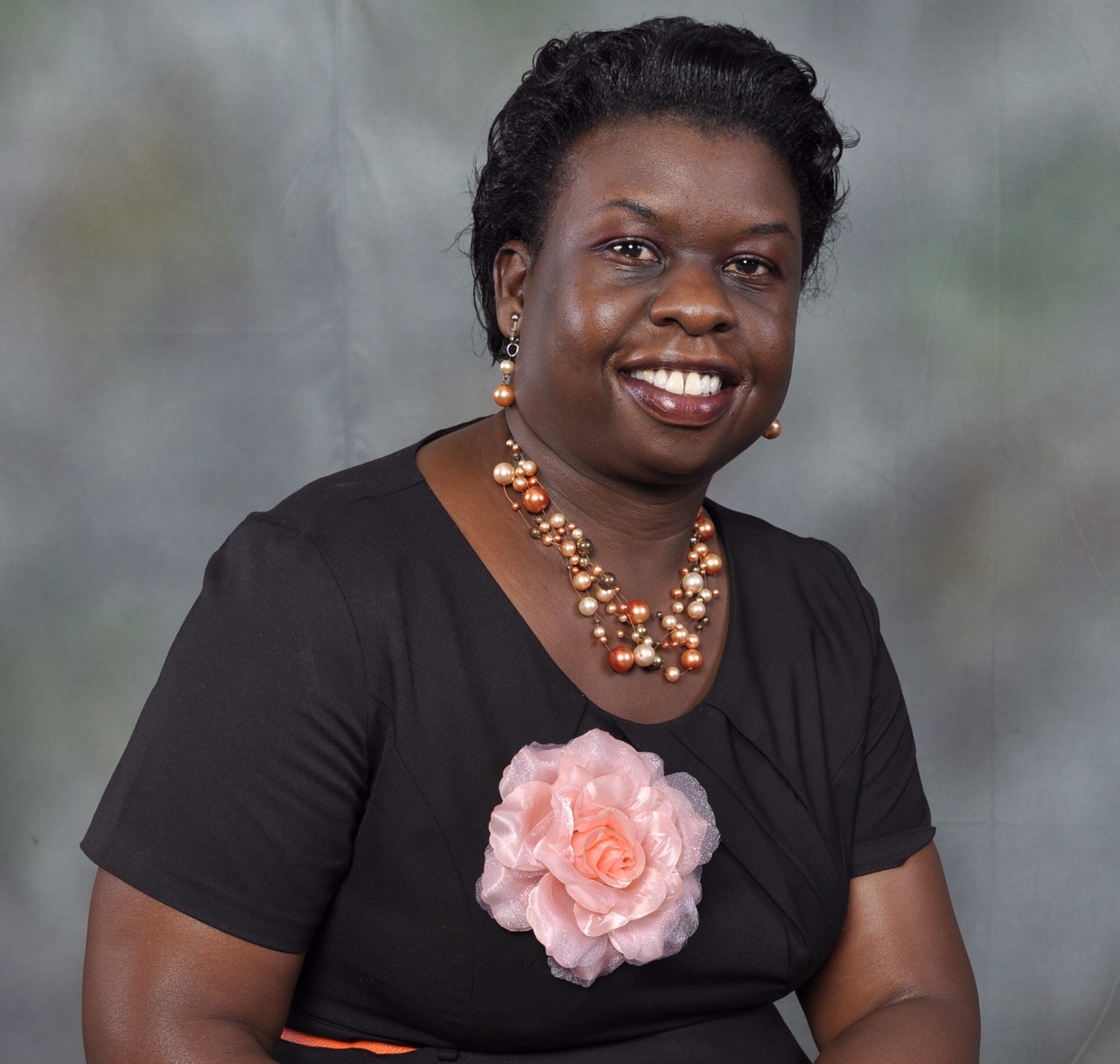 The Ugandan government plans to raise Shs14 trillion, about 48% of its Shs 29 trillion budget, through local revenue collections. This is contained in the Budget Framework Paper 2017/18. While this is an ambitious drive, it is no doubt achievable. In this exclusive Interview, with African Leadership magazine, MS. DORIS AKOL, COMMISSIONER GENERAL, Ugandan Revenue Authority, presents her road-map towards achieving this target. Excerpts:

Recently, your agency had the custom agents licensing ceremony. Kindly shed some light on the need to fill the gaps as regards revenue collection in your country and what it means for the people of Uganda?

In the past, URA noted significant competence gaps among the Clearing Agents and this resulted into mis-declaration and under declarations leading to revenue loss as well as charging punitive fines to taxpayers where offenses are committed.

URA therefore introduced an annual competence assessment upon which the annual licenses are issued and a set of KPIs to monitor their compliance. This minimizes financial loss to the taxpayers due to the number of fines imposed on them through offenses committed, reduction in the turnaround time and improve the ease of doing business.

In Uganda, Collective Investment Scheme, Financial Institutions, Aircraft Operators, Exporters of finished consumer and capital goods, Agro – Processors are all exempt from the basic income tax. What are some of the significant benefits of this action to the Ugandan economy?

Collective Investment scheme – under this scheme, persons come together to form this vehicle and invest in a property. The proceeds from this property are exempted from income tax to encourage pooling of resources and investment in real estate.

Financial Institutions are taxable while Aircraft Operators operating an aircraft are exempt from income tax and VAT as an international practice.

The Twitter hash tag #ServedByTheCG has gained applause from Ugandan populace. What was the motivation behind your action and how best do you think African leaders in all spheres of endeavor can imbibe the culture of service?

The motivation for the Served by the CG campaign was to create opportunities for the CEO to have firsthand experience with the clients in a live service environment. This would create trust with the public about URA’s commitment to excellent client service.

It was also intended to provide opportunity for the CEO to demonstrate Servant Leadership style. This would in turn impact on the various leaders within the Authority to emulate them

The activity gave CEO (CG) the opportunity to appreciate the challenges faced by both the clients and staff and the possible solutions.

Your country loses a whopping 26% of its annual earning to illicit financial flows. Considering the illegal activities going on, are there interconnected institutions that are working to change this tide?

Uganda has among other things implemented the recommendations of the high-level panel on Illicit Financial Flows chaired by President Mbeki. In respect to this, the High-level panel recommended the ‘Establishment and strengthening of statutory institutions and agencies of government responsible for preventing IFF’’. As far as Uganda is concerned, these agencies are all established and efforts to strengthen them have been as follows;

(ii) There has also been exchange of technical expertise between the Tax Authority and other agencies for purposes of capacity building.

(iii) Additionally, Uganda has signed and ratified conventions that enable access to tax related information from 13 jurisdictions in Africa and 113 other countries globally. These include;

vi)The process of adoption and ratification of the above-mentioned treaties has involved a multi-agency approach coordinated by the Ministry of Finance, Planning and Economic development.

According to the Budget Framework Paper 2017/18, the Ugandan government plans to raise Shs14 trillion, about 48% of its Shs 29 trillion budget, through local revenue collections, and the rest through budget support and borrowing. In your opinion is this a healthy decision?

In the recent past, Government has made a deliberate decision to increase its budget and address the critical sectors like transport and infrastructure, electricity and energy, health and education that are impacting the quality of life and development of the economy. This has necessitated securing funding from various sources. Otherwise, the local revenue contribution to National budget had steadily increased up to 70.1% in FY 2013/14.

The government plans to increase taxes on sectors like beverages, tobacco, spirits and others. Some quarters have argued strongly that for a frail economy like Uganda, it may affect small businesses and the local production. What is your take on this?

Increase in excise duty on beverages like tobacco, beer and spirits has been gradual. And because of this, the increase has been absorbed by the industries. There are more people venturing in production of these products and thus there is no evidence to show that Excise Duty has led to a collapse of any company. Instead, there is an alarming growth of companies making local spirits, sodas, water and juices. These all have Excise duty imbedded in them, and at no time has Excise Duty scared investors away.

Secondly, the reason high Excise Duties are imposed on these products worldwide is to raise revenue to remedy the hazards that their consumption causes to society.

Most countries in Africa are blacklisting the importation of goods and products that can be sourced locally by placing a high import duty to encourage local content production. Do we see Uganda progressing in this direction? If yes, what are the tax policies to drive this move?

There is a deliberate policy to bolster domestic revenue by encouraging local investors as well as Foreign Direct investment to jump start increased domestic production. This is further intended to address the teething challenges of unemployment. This has in turn called for imposition of higher excise duty on importation on goods where there is a competitive advantage for domestic production and in pursuit of the local content policy.

Critics have warned that the penalty for tax evasion is too light. What are the punitive and corrective measures employed by the URA against tax evasion?

Tax evasion is a vice which every Tax Administration faces and must be ready to tackle to curb the same. In Uganda a number of measures have been implemented both from the Policy perspective and tax administration side and these include the following:

(i) The tax laws must have been amended to include very punitive penalties for instance under the VAT Act Cap 349, Laws of Uganda the penalty for knowingly and recklessly making false declarations to Uganda Revenue Authority is equal to double the amount of the excess tax, refund or claim. This is a heavy penalty regime which the URA imposes on some tax evaders.

(ii) URA has a Prosecution Policy which has also been utilized to prosecute tax evaders where there is sufficient evidence. URA lawyers are given prosecution licenses every year from the Director of Public Prosecution (DPP) to enable them prosecute the tax cases. We have prosecuted a number of high profile cases of taxpayers involved in smuggling of goods and making false claims to URA among others. We have successfully prosecuted these cases in the High Court of Uganda (Anti-Corruption Division) and obtained precedents which we have relied on to continuously prosecute taxpayers who are either sentenced to serve different periods in prison, pay-fines and in some cases forfeit their property especially motor vehicles used to convey smuggled goods. Such cases are also publicized widely in the media for the public to know the evaders and this obviously has an impact on their image which in turn affects their businesses to some extent.

You recently spearheaded a major Taxpayer Appreciation week involving exhibition by all Government Ministries and Agencies under the theme: Appreciating Uganda’s Taxpayer: “The nexus between Public Accountability and Tax Compliance”. What was the thinking behind this theme? How far did you go in achieving it and how did the public receive this activity?

Over the years, there has been a big information gap between the taxes collected and the work they do in society despite the great improvements in many areas of society like infrastructure, education and Health.

The event was therefore designed with the view of appreciating all Ugandans who pay taxes either directly or indirectly. It was also intended to provide an opportunity for all Government Ministries, Departments and Agencies (MDA) to showcase the achievements made with the taxpayers’ money and also seek feedback from the public. 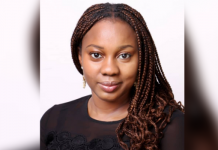