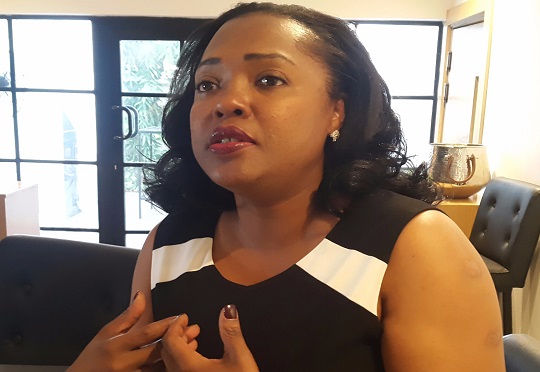 The Initiative for Global Development’s Board of Directors has announced that Leila Ndiaye will resume as the new President and Chief Executive Officer (CEO) of the organisation on the 1st of August, 2018. She is to succeed Dr. Mima S. Nedelcovych, who will remain in the organization as he resumes his new role as President Emeritus and Senior Advisor.

The Initiative for Global Development (IGD) is a Washington-based network of African and global business leaders with the aim and objective of advancing sustainable development and inclusive growth through business investment.

Leila Ndiaye, a native of Côte d’Ivoire and a US resident, has over 20 years of experience as an accomplished senior policy and business strategist with a proven track record in policy design and implementation at the highest level of African governments and the private sector.

She will be responsible for coordinating the strategic direction for IGD’s exceptional programming and policy engagements to advance a business-driven development agenda, overseeing the growth of the Frontier Leader Network, and creating strategic partnerships with key stakeholders to advance organizational priorities.

“The IGD Board of Directors is delighted to appoint Leila Ndiaye to the position of CEO and President of IGD. Leila is clearly a proven leader who can take IGD into the future,” said Rob Mosbacher, IGD Board Chair and Chairman of Mosbacher Energy Company.

“I’m deeply passionate about addressing key development issues in Africa by harnessing the power of the private sector to create jobs and economic prosperity on both sides of the Atlantic,” Ndiaye said. “I look forward to this opportunity to continue the momentum and build on IGD’s current progress to take the organization to the next level.”

Board Chair Mosbacher expressed appreciation for the leadership of the outgoing president, Mima S. Nedelcovych. Nedelcovych led the rapid growth of African companies into IGD’s Frontier Leader Network for the last four years.

“On behalf of the entire Board, I want to thank Mima for his dedication and leadership at IGD,” said Mosbacher. “Given his new role as President Emeritus and Senior Advisor, the board is confident IGD is on the right path to drive forward its continued success.”

“Leila Ndiaye recently joined IGD and has already demonstrated strategic and decisive thinking and a strong ability to lead,” said Nedelcovych. “I have known Leila a long time and can assure you that her deep experience and broad connections will ensure IGD’s continued success into the future.”

Prior to joining IGD, she served as the Senior Director of Policy for African Affairs at the U.S. Chamber of Commerce. In that position, she developed, promoted and executed the US-Africa Business Center’s program of work relating to trade policy and investment between the United States and African countries. She initiated and managed the US-ECOWAS Business Initiative and spearheaded the Chamber’s program in Western and Central Sub-Saharan Africa, from Angola to Mauritania.

Ndiaye is an Advisor to McLarty Associates, where she advises clients on trade and investment in West Africa. McLarty Associates is an international strategic advisory firm headquartered in Washington, DC, that delivers diplomatic solutions and advises many emerging companies venturing abroad. Ndiaye was decorated by the Republic of Burkina Faso in June 2018 as Knight of the National Order of Merit of the Republic of Burkina Faso.

The U.S. Chamber of Commerce presented Ms. Ndiaye with the “US-Africa Business Center Outstanding Leaders’ Award 2018” in recognition of her exemplary leadership in US-Africa relations.

She is a recipient of the 2016 Excellence Award by the Women Ambassadors Foundation in Washington DC and was nominated in 2008 as one of the 50 most influential people of Côte d’Ivoire by the magazine l’Intelligent d’Abidjan and received the same year the Women’s Private Sector Initiative Award in Côte d’Ivoire.

In 1990, she was the first Rotary Ambassadorial Scholar from Côte d’Ivoire to South Africa during apartheid. Leila Ndiaye is a member of the African Leadership Network, a membership community of the most dynamic and influential new-generation leaders in Africa.

She received a certificate from the Thayer Leaders Development Group (TLDG) at West Point for the “Women Leading from the Front Lines” Leadership Academy in August 2017.