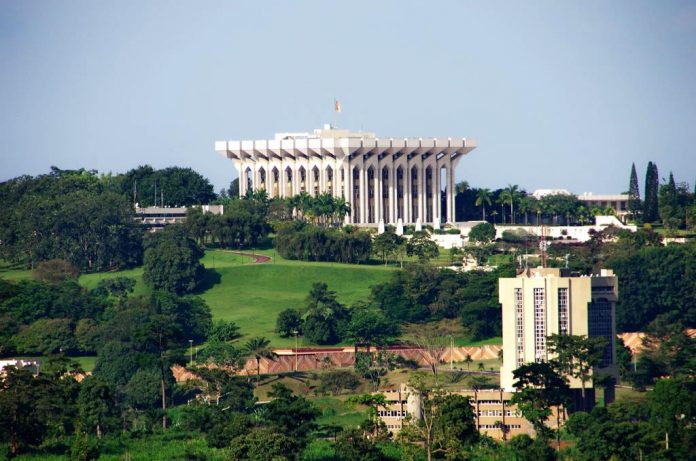 In October 2010, I honoured the invitation from the (former South African president), Thabo Mbeki Foundation to join other African academics, politicians and civil society leaders in Sandton Convention Center, Johannesburg to discuss practical ways in which Africa as a continent can rise up from the shackles of colonialism and achieve its much-needed advancement. The outcome of this Thabo Mbeki African Leadership Conference was the publication of a book in 2014 by Africa Institute of South Africa entitled ‘Perspectives in Thought Leadership for Africa’s Advancement.’

I contributed to this publication by examining leadership at an intellectual level. In my chapter entitled Intellectual Leadership: The Alternative Leadership Paradigm for Africa’s Advancement, I argued that intellectual leadership in Africa is the underlying solution to the problems faced by many African nations. This is because Intellectual Leadership is an ideal method of leadership that implements thought measures for people’s advancement. It is more concerned with results and delivery rather than mere politicking and propaganda. I also argued that African nations should embrace the ideals of intellectual leadership because it not only has the capacity to initiate and advance the long desired renaissance of Africa, it will also advance the continent by promoting and defending issues of common interest in Africa to the rest of the world. This publication was meant to serve African nations as a resource for good governance and leadership excellence.

But as a Cameroonian academic, I am appalled at the extent to which the Cameroonian government under the leadership of President Paul Biya is failing the people of Cameroon through its flagrant abuse of human rights, passive approach to burning issues of national importance and its arbitrary approach in dealing with the Anglophone crisis in Cameroon.  I strongly maintain that the current turmoil and instability in the South West and North West Regions of the nation are as a result of the failures of the Biya regime to provide thoughtful leadership to the nation as a whole and to the Anglophone population in particular.

Today, a great number of the English speaking population are calling for outright independence from Cameroon. But this has not always been the interest of the Anglophone population. Their concern has been that the Biya’s regime should respect the terms of the February 1961 reunification agreement which acknowledges Cameroon as the coming together of two former colonial territories whose political views and colonial heritage will be respected in the reunified state now called the Republic of Cameroon. But Biya’s indignance and arbitrary arrest and torture of many Anglophone activists in this light has pushed many to see independence as the only reasonable option for solving the Anglophone problem. Realistically speaking, I believe that the fight towards independence is neither a feasible nor an expedient plan for the Anglophone population in Cameroon. I believe that if Biya and his entire regime can be blown away by the wind of change and replaced by intellectual leadership, the Anglophone problem would be resolved without the nation having to go through a split. What is needed in Cameroon is not just another leader but a new political system that will produce the right kind of leaders who fit within the framework of intellectual leadership.

The first major step in this regard is regime change but how can there be a regime change in Cameroon given that Paul Biya is the democratically elected president? I argue that the democratic electoral procedure in Cameroon has been compromised in the interest of the Biya’s regime hence there will hardly be a regime change in Cameroon through democratic elections as long as Paul Biya is in power. Little wonder why he has won every presidential election since becoming president in 1982. Also, given that all the major arms of government such as the armed forces, the judiciary, public administrators etc. are under the direct influence of the president, regime change would be hardly possible in a Biya led Cameroon.

But as is the case with every other African nation, the people of Cameroon need to advance in their political journey and the Anglophone population in particular need to feel satisfied that the terms of the 1961 reunification are respected. So the only hope for regime change is if the international community where to consider Cameroon as a nation under siege by a government that could care less about the wellbeing of the very people it claims to govern. This is where I believe the African Union must intervene in keeping with its objective of accelerating the political integration of the continent and to defend the common positions of its member states on issues of interest to the continent and its people. Surely, it will be of interest to the people of Cameroon in particular and the people of Africa in general if there was a regime change that will allow for the ideals of intellectual leadership in the nation. The implementation of the principles of Intellectual Leadership in Cameroon will lead to the rise of new leaders who are rather concerned with results and delivery rather than mere politicking and propaganda. Will the African Union remain in the sidelines and watch the people of Cameroon perish under Paul Biya’s arbitrary approach to the Anglophone problem or will they rise up and be what they are meant to be in the interest of African nation states?