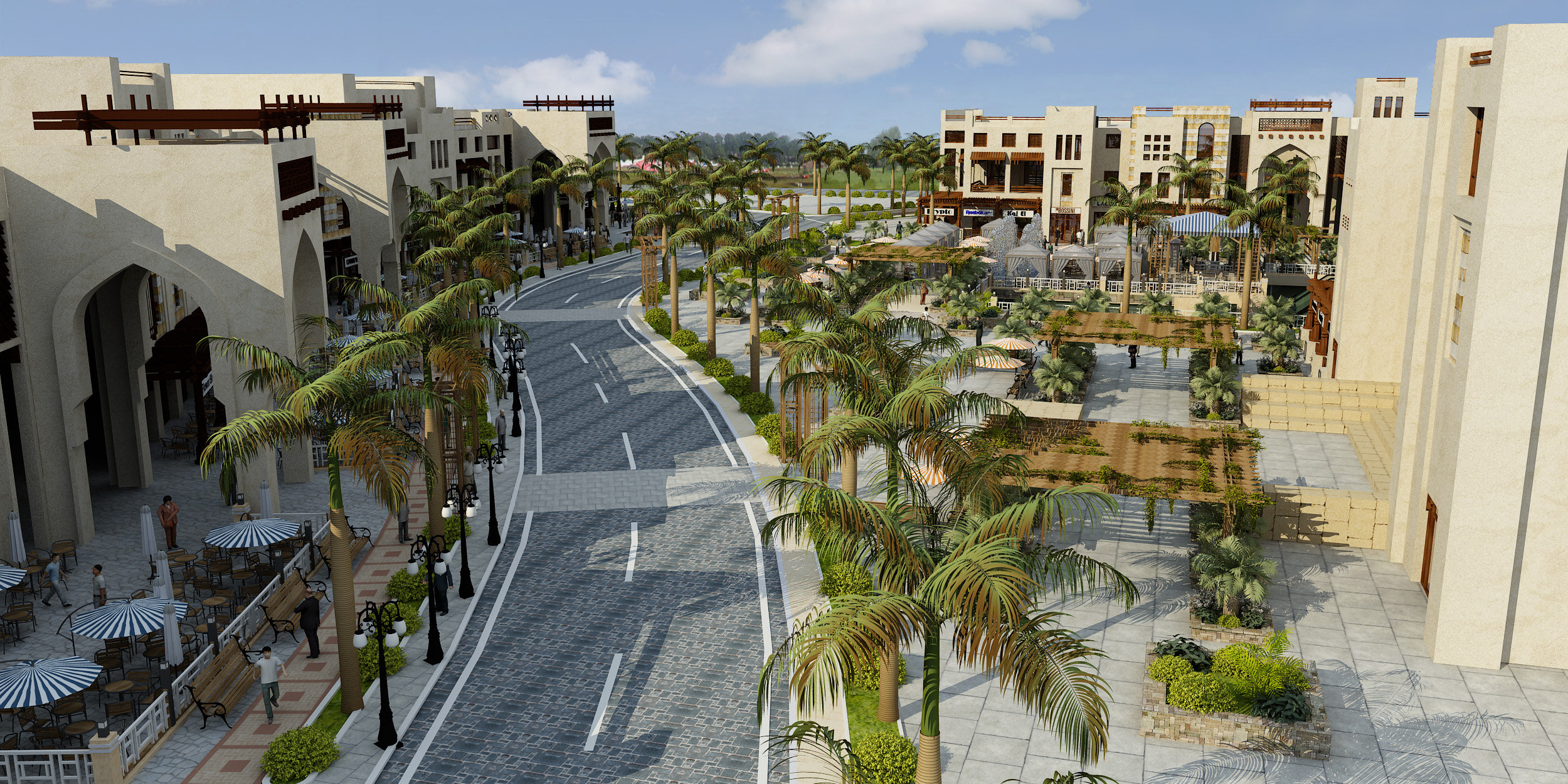 This article examines the best countries for infrastructure investment if we assume all things to be equal within each country’s PPP system.

Only one country – Nigeria – makes both top 5 lists largely because it government has made amazing strides in recent years to match its enthusiasm for infrastructure with the demand for infrastructure investment within the country. Over time, all political indicators point to a greater PPP environment in the other four countries and greater growth in PPPs across the continent. Still, in the short term, private investors should not be deterred by the challenges in the PPP markets as officials in each country on the list indicates a desire to bolster the PPP market, especially from a legal perspective, and participate with investors.

More than ten years after a 27-year civil war that left nearly 1.5 million people dead, Angola is taking off like no other country. Situated on the western cost of southern Africa, the country is home to a wealth of natural resources, most notably oil (making Angola the second largest oil producer in sub-Saharan Africa). A boom in real estate construction (including hotels) and financial services unsurprisingly accompanies the oil boom, all but making Luanda unrecognisable from 10 years ago.

On the surface, it is a perfect turnaround. But, as it goes in any other country, every boom has its challenges. The all-encompassing challenge in Angola’s growth story is infrastructure. New buildings, more people, and a deficit in power sums it up, says a major Lusophone private investor. Hydropower is an obvious solution and the government is making great strides in restoring its capabilities. Still the hydropower facilities and greater distribution systems for power remain a shell of themselves after their decimation in the civil war.

Fundo Soberano de Angola, the US$5 billion sovereign wealth fund for Angola, is targeting infrastructure investments across the country. Yet, despite the government’s pledge to transfer annual surpluses from the oil reserves account (with annual receipts as high as US$3.5 billion), greater investment will be required from foreign investors. The quality of the transport network, including airports and ports, is sub-par to support the country’s growth. Private investors will find an interested government partner and a lucrative return in connecting the resource-rich Democratic Republic of Congo with the Atlantic Ocean and partners in the transport-capable country of Namibia.

As the other big Lusophone country in southern Africa, Mozambique shares a similar story of civil war and decimation. Booming with gas reserves and the accompanying real estate sector, the country is in great need of a transport upgrade. Recent estimates by PwC, a consultancy, values transport projects in the pipeline at US$17 billion, including increased rail links to the ports and expanding port capacities. Yet, by all accounts and estimates, more money will be required to ensure that major ports, including Nacala, Beira and Macuse, reach full potential. Equally, transport networks from those ports to neighboring Zimbabwe, Malawi and Zambia require financing currently not available in the market.

A recent announcement by the Minister of Public Works Cadmiel Muthemba indicates an openness on the government’s side to erect more toll roads. The country currently has only one toll road – the N4 toll road connecting Maputo to South Africa – which is operated by South Africa’s Trans Africa Concessions (TRAC). Private operators see enormous return potential in several routes, including highways between Manica and Tete, between Nampula and the port of Nacala, and between Marracuene and Inhambane.

Speaking at the ‘Africa Rising’ conference back in May, hosted by the International Monetary Fund (IMF) in Mozambique, the Minister of Planning and Development Aiuba Cuereneia stated the country’s notable gains in paved roads and the projects in the pipelines. Equally, during Q&A, he conceded that more financing was required, specifically from foreign investors, to match the plans envisioned by the government.

A power deficit is also quite noticeable in the country. A changing environment for public private partnerships should breathe life into this sector in the near term.

Talk of a country booming under the public radar. Cote d’Ivoire has made amazing strides since the assumption of power by President Alassane Ouattara in 2011. The economy expanded 9.8 percent in 2012 and 8.7 percent in 2013, with an estimated 8.0 percent predicted in 2014, according to the IMF. Yet it remains a fragile state, especially with elections around the corner in 2015.

The country is the largest producer of cocoa as well a global player in the palm oil and cashew nuts markets. Cargill, Cadbury and Hershey’s among many others call the country an agriculture hub – yet the country is nowhere near its potential. Infrastructural upgrades in the transport sector, specifically ports and road infrastructure, will greatly boost the country’s capacity for moving agricultural products and growing its position as a food basket and trading partner to neighboring Sierra Leone, Liberia, and Ghana.

The arrival of energy companies, following the discovery of oil reserves, will help fill government coffers for spending on infrastructure. But the boost in cash, particularly in the short term, is not sufficient to jump the infrastructural hurdle left by years of civil war. The power necessary to buoy the energy, agriculture (including agri-processing) and manufacturing sectors going forward is simply not there, creating big opportunities for investors. But it cannot be ignored that Cote d’Ivoire did not make our list for public partnerships in sub-Saharan Africa, as the government will have to do more to appease investor concerns and mediate risk. More details around regulation should appear after next year’s election.

The estimated cost of infrastructure investment required over next 10 years hovers between $8 billion and $10 billion. The newly-established sovereign wealth fund for the country cannot pay the bill for everything. Thus private investors will have a wealth of opportunities to keep picking from in the near future, especially in Nigeria’s power and accompanying transport sectors. Recent laws and change in government approach has numerous private operators waiting at the gates to make a deal. Some parties do complain that the due diligence process is absurdly arduous but this should gradually change over time.

Ethiopia has the highest spending on infrastructure as a percentage of GDP in Africa. The government is dedicated to delivering high quality infrastructure to the country as the impetus for investment in the country’s other business sectors, particularly manufacturing/industrial and agriculture. For a country with 90 million people and relatively un-urbanized compared to its peers, improved transport – specifically roads and rails – is critical to moving goods to disperse populations.

The country’s leadership currently envisions an energy surplus following the completion of its latest dam project. But this should not lead investors to think the investment opportunities are limited for the power sector. Power purchased at the borders with Djibouti and Somalia can go north of US$0.75 per kWh depending on the time of the year. Thus the country’s vast land mass – ripe with energy opportunities from geothermal to gas to wind – offers boundless potential for growth.

Power generation could solely justify Ethiopia’s ranking in the top 5. But it would be a failure to ignore the demand for increased investment in power distribution. Any opening to foreign investment in the telecommunication sector will offer investors access to a country desperate for improved telecom infrastructure. Creative operators are already considering opportunities in water and sewage treatment which will become a graver concern to the country’s population as it approaches and surpasses 100 million persons.

It is not about the potential return with Ethiopia, in the eyes of those investors currently looking at the country, but rather all about timing (as to when a sector is more liberalized or the project gets approved). Whether today or in a year, the country will remain very attractive for infrastructure investment.