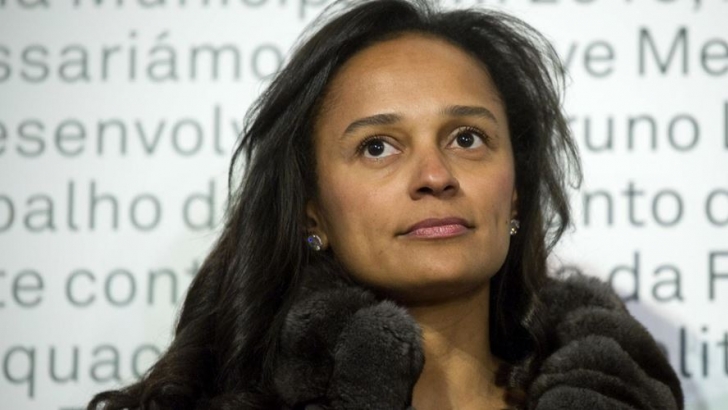 Angolan state energy giant Sonangol is spinning off non-core investments in areas such as banking and real estate into a separate fund to allow it to focus exclusively on oil, new CEO Isabel dos Santos recently said.

In her first interview since being appointed last week, the daughter of Angola President Jose Eduardo dos Santos also pledged to bring openness and efficiency to the 40-year-old company that is frequently criticised as opaque and unwieldy.

The 43-year-old, a major investor in various Angolan and Portuguese telecoms, banking, media and energy companies, is ranked as Africa’s richest woman by Forbes magazine.

Dos Santos dismissed suggestions that it was her family connections rather than business acumen that led to her appointment last week after the surprise dismissal of the Sonangol board.

Some analysts have seen the move as a sign of President dos Santos — Angola’s leader for the last 36 years — putting close family members in charge of key pillars of the economy ahead of 2018, when he has said he intends to step down.

“It’s not because of politics,” the Sonangol chief executive said of her appointment. “I was brought into this project because of my experience from the private business sector.”

She also confirmed that Sonangol would be split into three units, one overseeing its oil operations, another logistics and the third handling the management of concessions to international energy companies.

Like other energy businesses, Sonangol has been hit hard by the decline in oil prices and Dos Santos emphasised the need to find ways to improve margins by lowering the unit cost of producing a barrel of oil.

In particular, Sonangol officials have spoken of operators in Angola sharing logistics infrastructure to reduce overheads.

Angola is now ahead of Nigeria as Africa’s top producer because of militant violence that his hit output in the Niger Delta region.

Dos Santos said the restructuring would have taken place regardless of the oil price collapse, given the rapid development of Angola’s economy since the end in 2002 of a devastating civil war, during which Sonangol was often called upon to provide basic services such as housing and hospitals.

“It is a state company and it was always the provider for many, many things for the country. If we required social housing or if we had issues regarding health, it was always a company that contributed,” she said.

“But the country has grown. There are a lot more businesses. You have a thriving banking sector, the real estate market is there, you can see all the construction. There are other companies, so Sonangol can push back a little bit from its non-core areas.”

Angola, which relies on oil exports for 95 percent of its foreign exchange, is often cited by anti-bribery campaigners as one of the world’s most corrupt countries. President dos Santos has said he has a “zero tolerance” approach to graft.

Isabel dos Santos said she intends to change the culture at Sonangol, improving relations with oil majors such as Chevron, Total and BP while breaking down internal barriers with down-to-earth gestures such as using the staff canteen.

“We’re a team. It doesn’t matter what job you have in a company, whether you’re at the top, bottom or in the middle,” she said in the canteen.

“I eat here every day. But I didn’t like lunch yesterday so I’ll have to fix that – that’s a quick win.”