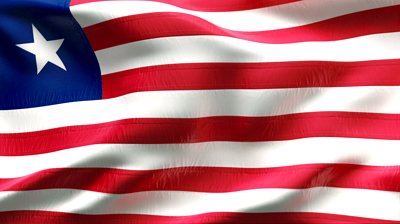 A twenty-four- man Japanese business delegation who visited the country recently to explore avenues for investment opportunities in the country has expressed interest in investing in the Buchanan Port.

According to NPA Boss, Madam Matilda Parker, the Japanese delegation is willing to put its money in the economy of the country, with focus on the Buchanan Port.

“We are overwhelmed for this gesture; on behalf of my Government and people, let me say big thanks to Madam Ellen Johnson-SirIeaf and the people of Liberia for affording us this opportunity to tour your port, the Buchanan Port,” Ambassador Nikai stated.

Also speaking, Commerce Minister, Axel Addy, used the occasion to extend thanks and appreciation to the President of Liberia, Madam Ellen Johnson-Sirleaf and the National Port Authority Management, most especially, Madam Matilda Parker for her achievement in exploring avenue for investment opportunities.

Meanwhile, NPA Boss, Madam Matilda Parker, who presented a power point presentation on the current status of the Liberia National Port Authority, with emphasis on the Freeport of Monrovia including the Buchanan Port.

She also laid emphasis on other ports in the country including Greenville and Harper Ports which provide investment opportunities for the country. She lauded the Japanese investors for their willingness to visit the country’s second Sea Port in Buchanan Grand Bassa County.

Madam Parker stated that the vision of the National Port has attracted the interest of several foreign business entrepreneurs, including top Business executives.

According to her, mechanisms are being worked on to see that the vision of the Port be implemented to at least attract more business avenues for the Liberians, with the Port representing 12.5 to 13 meters of the waters, contributing at least US4M to Government’s annual budget.

However, LPRC Operation Manager, Aaron Wheagar, presenting a live power point presentation said the Liberian gas and oil sectors have had some setbacks over the years.

He laid specific reference to the civil war, when nearly the entire facilities of LPRC were vandalized and looted, thus creating a serious setback to the entity. LPRC’s Operation Manager said with other joint efforts from the Management of LPRC and other partners, there are plans to improve the current status of LPRC.