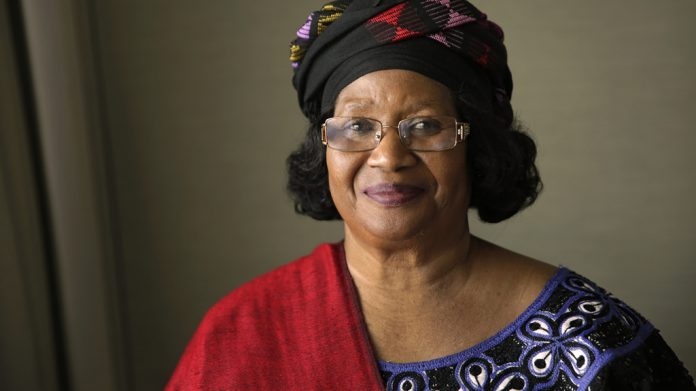 Malawi’s former president Joyce Banda is clear to run for presidency in the May 21 Tripartite elections despite a ‘ghost warrant’ as the State has never even once invited her for questioning on corruption allegations with no objective material evidence linking her.

The Malawi Anti-Corruption Bureau (ACB) said it had no solid evidence against the former president, partially clearing her name. Banda, 69, left the country in 2014 when she lost power and took a residency as a distinguished fellow at the Wilson Centre in Washington, US but Malawi government in her absence claimed she was wanted and arrest warrant was issued in relation to the so-called Cashgate scandal, in which government officials siphoned off millions of dollars of public money uncovered in 2013 when she was still president.

But since her return last year, authorities have never quizzed her and the warrant of arrest remains “ghost” as Malawi’s Institute of Public Opinion Research (Ipor) revealed that Banda is the “most trusted” political leader in the southern African country.

Banda will attempt to wrestle power from President Peter Mutharika’s Democratic Progressive Party (DPP), to whom she lost the 2014 elections. Despite the smear of Cashgate, neither the Baker Tilly audit report by British firm RSM (formerly Baker Tilly) nor any other evidence has been produced to implicate Banda, despite wild allegations thrown by her accusers.