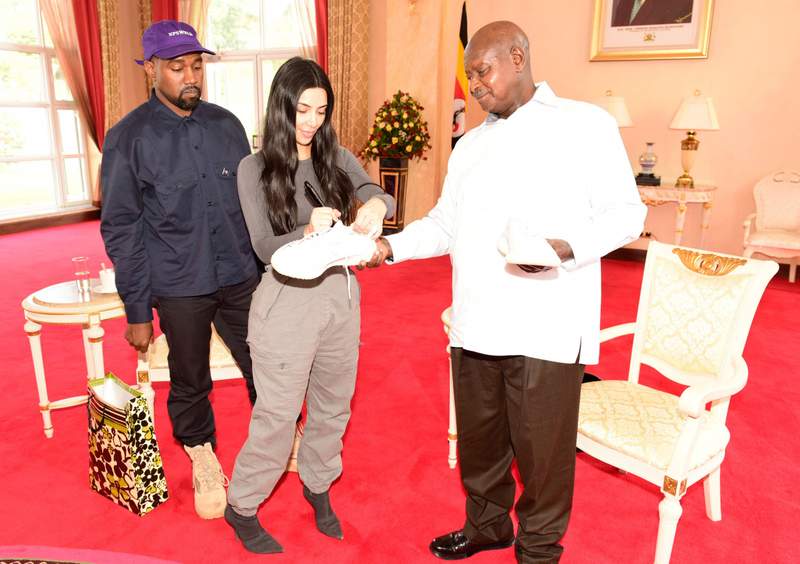 “I welcome American entertainment stars Kanye West and @KimKardashian to Uganda,” Museveni wrote on Twitter. “I held fruitful discussions with the duo on how to promote Uganda’s tourism and the arts.”

West gifted the president with a pair of white Yeezy sneakers.

The rapper made headlines last week over his freewheeling meeting with Trump in the Oval Office, during which he declared his love for the president. That meeting drew rebukes from Trump’s opponents in the media, some of whom said that West was Trump’s ” token negro.”

Kardashian West has met with Trump twice to discuss prison reform. The president granted clemency to 63-year-old Alice Johnson in June after meeting with Kardashian West in the Oval Office.

The West family is in Africa while the rapper records his next album.