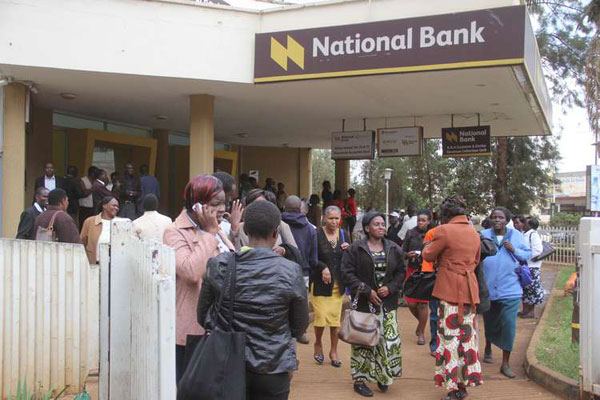 Kenya biggest lender by assets, KCB Group, has proposed to acquire the National Bank of Kenya through a share swap which will boost its shares of the government’s banking business.

Kenya’s banking industry is undergoing a process of making the banking sector more solid after the closure of two mid-sized lenders and a third smaller one, in the months to April 2016, exposed weaknesses caused by corporate governance lapses.

KCB and National Bank of Kenya both shared an interest in the government banking business and share the largest shareholders in the banking system.

In its proposal, KCB stated that it would initially take over 70 percent of shares of the national bank of Kenya before making known its interest in the remaining stake.

It said in the documents it would offer shares of KCB to the owners of National Bank of Kenya to complete the deal, but it was also open to other transaction modes.