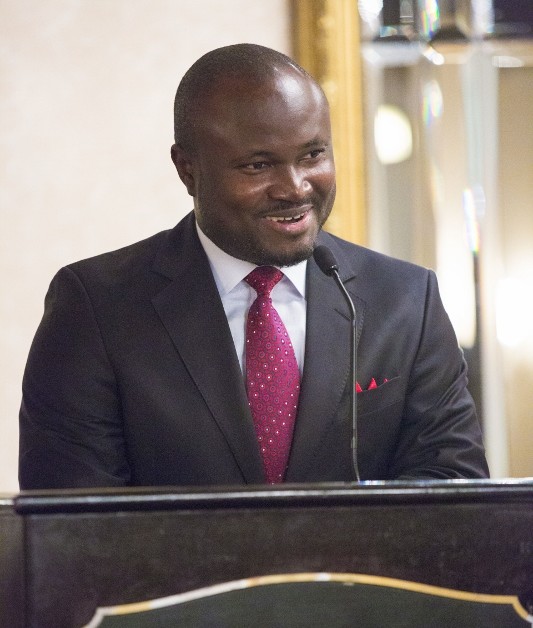 The Publisher, African Leadership Magazine, Dr. Ken Giami, will join other distinguished leaders from 24 countries around the world at the world’s second largest window fair, which will be held from 11-14 march, 2015, at the TUYAP Fair, Congress and Convention Center, Istanbul, Turkey.  Dr. Giami, who is also the publisher of African Energy & Infrastructure magazine, was invited by the organizers to make a presentation on Africa’s Construction sector and also highlight some of the investment opportunities in the Window-Door-Glass Industry in Africa.

The event which is organized by the Reed -Tuyap Fairs Incorporated, with headquarters in Istanbul, Turkey, recently hosted over 53.835 professional visitors from 99 countries in its 2014 edition of the event, while the 2015 edition promises to be bigger.

This invitation to the Publisher and request for partnership with African Leadership, stems from African Leadership Magazine’s position as a leading media organization in Africa, with access to key leaders in business politics and economy and has consistently presented the continent’s economic growth prospects to the rest of the world, with emphasis on the leaders who champion these growth.

The organizers in their invitation stressed the importance of Africa in the global market space, while reiterating that their commitment to partner with the African Leadership magazine in their quest to make inroads into the African economy.

African Leadership Group is a pan-African organization, publishers of African Leadership and African Energy and Infrastructure Magazines.  The organization was born out of the need to project Africa to a global audience while evolving solutions to peculiar challenges being faced by the continent. Over the years, hunger and poverty has remained the trite headline emanating from Africa, thus the need to tell the African story from an African standpoint. In view of this, African Leadership group-through its thought provoking editorials and unique global events aims to showcase the best of Africa to a global audience. One of such events is the African Leadership Awards which is aimed at promoting excellence and best in class practices in politics and business.