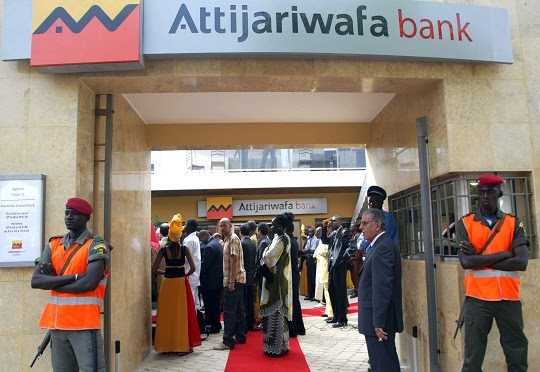 A Morocco bank associated with the royal family of the northern Africa based country plans late next year to get a foothold within the East Africa market initially beginning with Rwanda , before moving to Kenya, East Africa’s biggest economy and eventually to Ethiopia, Africa’s second biggest populated nation.

Attijariwafa, one of Morocco’s biggest banks plans to initially target Rwanda before branching over to Kenya, East Africa’s biggest economy before settling in Africa second biggest populated nation of Ethiopia.

“We have opportunities in Rwanda. We are also considering opportunities in Kenya and Ethiopia,” Youssef Rouissi, the bank’s deputy general manager for global corporate investment banking, told Reuters news agency.

“The idea is to acquire banks that are ranked among the first five banks in every market,” he said, speaking on the sidelines of an investment conference in Johannesburg.

Several Moroccan banks, telecoms firms, construction companies and industrial groups have been expanding in Africa, driving up Morocco’s foreign direct investment abroad to $960 million in 2017, according to U.N. statistics.

Attijariwafa, which bought the Egyptian unit of Barclays in 2017, reported net profit attributable to shareholders up 6.4 percent at 2.8 billion dirhams ($295 million) in the first half of this year.

Rouissi said much of 2019 would be dedicated to integrating the new Egyptian subsidiary, after which the firm would seek out new targets that offered strong retail banking and expanded the geographical reach of the group’s corporate banking operations.

“Energy is a key focus for us, but also infrastructure – ports, industrial zones – and of course support of agribusiness, transportation and logistics, which are also key for the development of these countries,” Rouissi said.

He added that Attijariwafa aimed to draw on its experience financing Morocco’s infrastructure boom by offering its expertise to governments in the new markets it enters.