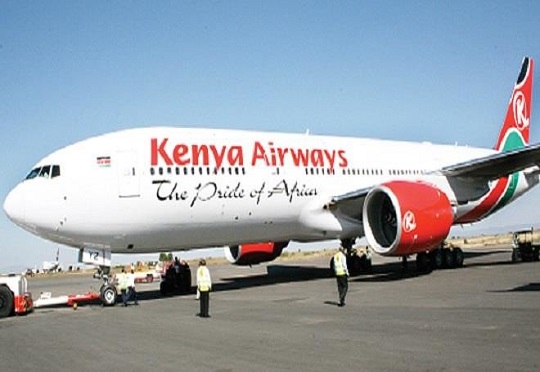 Leading national carrier, Kenya Airways will expand its footprint to the Horn of Africa with the commencement of daily operations to Mogadishu, Somalia with effect from 15 November 2018.

The airline will fly seven times weekly as it seeks to enhance intra-Africa air connectivity linking cities and facilitating movement of people and thereby enhancing social and economic ties between the countries.

In a statement, Kenya Airways CEO, Sebastian Mikosz said that the daily flight is aimed at meeting the growing travel demand by Somali travelers, government and non-government organization officials and a growing number of entrepreneurs from Kenya and around the region who are keen on seeking opportunities in the country.

“We want to extend our network reach and make it convenient for our guests who work and invest in Somalia. The addition of this route to our network demonstrates our commitment to improving connectivity on the African continent, while creating new opportunities for corporates investors, traders and tourists”, said Group Managing Director and CEO Sebastian Mikosz.

With the demand for travel by traders to Somalia through Nairobi increasing, the launch of this route is expected to ease travel between the two cities that are the focal points of business in the two countries and spur commercial activities.

In March last year, Kenya and Somalia opened a new charter of cooperation by announcing plans to open two border posts and a re-launch of direct flights between Nairobi and Mogadishu in an effort to facilitate the movement of people, goods and services.

Traders in Somalia continue to help to boost flagging Kenyan trade, lifting the country into third place among Kenya’s most important trade partners in Africa. According to data from the Kenya National Bureau of Statistics (KNBS), Somalia is positioned as one of the largest export markets for Kenya. In 2017, exports to Somalia increased by 33.5 per cent, which equates to a value of KSh 10.7 billion.

The economy of Somalia is growing, hundreds of expatriates are returning from the west or African nations, scores of colleges are opening to cater for the young population and there is growing investment from the diaspora.