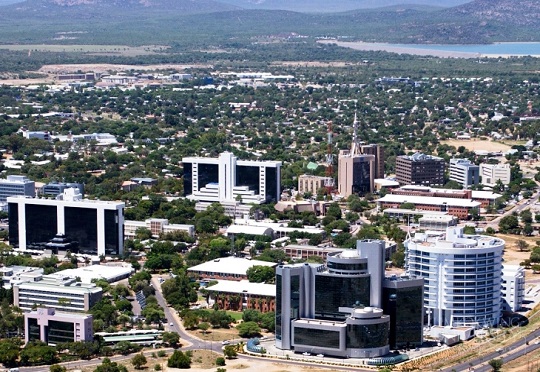 Botswana, Kenya and Nigeria have moved up the Absa Africa Financial Markets Index, produced by the Official Monetary and Financial Institutions Forum, and South Africa remains in top position, supported by strong financial market infrastructure and a robust legal framework.

However, South Africa’s macroeconomic performance has deteriorated over the past year. Notably, the country no longer tops the index across all six pillars as it did in 2017, having been overtaken by Kenya on ‘access to foreign exchange’ and by Nigeria in ‘market transparency, tax and regulatory environment’.

Nigeria is a new entrant to the top five, as a result of Namibia falling to sixth place from fourth this year.

The five highest ranked financial markets in the 2018 index are: South Africa, which remains in the top position; Botswana, which rose to second place from third last year; Kenya, which climbed two spots on improved access to foreign exchange; Mauritius, which moved down to the fourth place from second last year; and Nigeria, owing to improvements in administrative efficiency and tax incentives that have boosted the country’s regulatory environment.

Now in its second year, the index is a premier indicator of the attractiveness of Africa’s financial markets, for use by governments, investors and asset managers around the world.

“The second edition of the Absa Africa Financial Markets Index draws attention to the considerable investment opportunities and untapped market potential of countries across the continent,” says Akinwumi Adesina, President of the African Development Bank, in a foreword to the report.

“The development of well regulated, deep and liquid financial markets is a key priority that should be at the top of Africa’s development agenda. The index facilitates a meaningful debate about the maturity and accessibility of Africa’s financial markets. It is an important contribution that supports policy-makers, investors, regulators and other market participants to identify the areas and initiatives which will drive the most significant improvements,” says Maria Ramos, Chief Executive Officer of Absa Group.

“It is heartening to see the advances made by African countries, in many areas, to improve the efficiency of capital markets,” says David Marsh, chairman of OMFIF. “However, more remains to be done regarding the robustness of market infrastructure and regulatory frameworks across Africa and we look forward to tracking progress annually.”

Countries are progressing with policies that support the development of financial markets across the continent. South Africa’s ‘twin peaks’ strategy for improving financial regulation and Mozambique’s ‘financial sector development strategy’ stand out among the frameworks introduced over the past year.

Such initiatives have boosted performance for the index as a whole.

The greatest area for improvement across the continent remains the ‘capacity of local investors’. Excluding the top five economies, the remaining countries average a score of just 22 out of 100 in this pillar.

Survey respondents highlighted that the lack of knowledge and expertise of pension fund trustees and other asset owners hinders the development of new financial products, by reducing their demand for more sophisticated assets and strategies to diversify returns.

The index also shows that improvements in market infrastructure and regulatory frameworks could boost the performance of countries in the middle of the index over coming years.