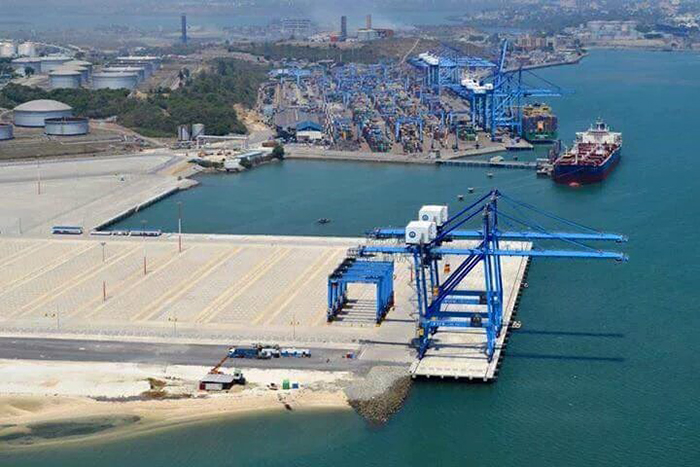 Kenya has recently inaugurated the first part of a new container terminal at Mombasa which is expected to boost by 50 percent the volume of cargo handled by East Africa’s largest seaport.

Construction of the 30 billion shilling ($296.74 million) terminal began in March 2012 and was completed in February this year.

The project was financed by a loan from Japan through the Japan International cooperation agency (JICA), and Kenya will repay the loan over a 40-year period.

A gateway to East and Central Africa, the Indian Ocean port funnels imports of fuel and consumer goods as well as exports of tea and coffee from landlocked neighbours such as Uganda and Rwanda.

President Uhuru Kenyatta, who opened the facility, said the terminal heralded “a whole new era in the development of our ports and facilitation of the region’s international trade”.

A bigger cargo capacity for Mombasa was crucial because of the discovery of oil and gas in the region, he said.

Recoverable reserves are an estimated 750 million barrels of crude and commercial production is expected to commence in 2017.

He added the country had already signed an agreement with JICA for credit worth 32 billion shillings to fund construction of the new terminal’s second part.