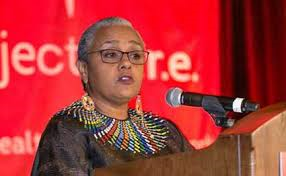 The Kenyan First Lady Margaret Kenyatta, is set to officially open the 7th International Conference on Peer Education, Sexuality, HIV and Aids in Nairobi on June 15, 2016.

This was announced by the Executive director of the National Organisation of Peer Educators Philip Waweru, who stated that the First Lady, whose Beyond Zero campaign has boosted healthcare delivery with donations of mobile clinics to the counties, will be accompanied by officials from the Health ministry and the National Aids Control Council.

The conference with the theme, ‘Towards Zero new HIV infections, zero deaths, zero stigma and discrimination’, is billed to hold at the Kenyatta International Convention Centre (KICC), Nairobi Kenya.

“The First Lady’s Beyond Zero campaign has been effective, and now it is up to us to fight HIV infections among the youth,” Mr Waweru said.

International and local delegates will share experiences, challenges and lessons learnt in the journey towards ensuring that there is zero stigma and discrimination of those infected with HIV.

“It is everyone’s business to step up the bold steps towards ensuring that we have zero new infections,” he said.

The three-day conference will also use drama groups to give information through creative pieces.

The conference will bring together more than 1,000 delegates from more than 10 countries in the Eastern and Southern African regions