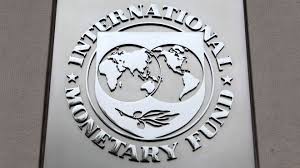 The International Monetary Fund (IMF) has recently approved two-year standby facilities for Kenya worth about $1.5 billion, which can be drawn on if the East African nation faces unforeseen shocks.
“The Kenyan authorities have indicated that they will continue to treat both arrangements as precautionary,” the IMF said in a statement issued after the completion of discussions with Kenya on replacing existing facilities.
The funds comprise a standby arrangement worth about $990 million and a standby credit facility worth about $495 million. The IMF said Kenya only intended to draw on them if it faced “exogenous shocks” that led to a balance of payments need.
The Central Bank of Kenya calmed volatility in the markets last year, after hiking its benchmark lending rate by 3 percentage points to 11.50 percent. It has also increased foreign reserves without turning to the IMF standby loan.
So far this year, the shilling has been firm, appreciating by about 0.6 percent against the U.S. dollar. On March 10, reserves stood at $7.33 billion, the equivalent of 4.7 months import cover, up from $7.1 billion at the end of 2015.
“Kenya’s recent growth performance remains robust and the outlook is positive,” IMF Deputy Managing Director Min Zhu said in the statement.
At the end of last year, Kenya has estimated growth for 2015 at between 5.8 to 6.0 percent, lower than originally expected but still higher than the 2014 figure of 5.3 percent.
The IMF said cutting the budget deficit was a key step to contain risks, while still supporting major infrastructure projects and providing essential health and education needs.
Kenya’s budget deficit for the financial year 2015/16 ending on June 30 is forecast at 8.1 percent of gross domestic product, falling to 6.9 percent in 2016/17, draft Finance Ministry figures have shown.
The East African nation has ramped up spending in recent years to build a modern railway, roads and electricity plants, driving up the deficit and unnerving investors.