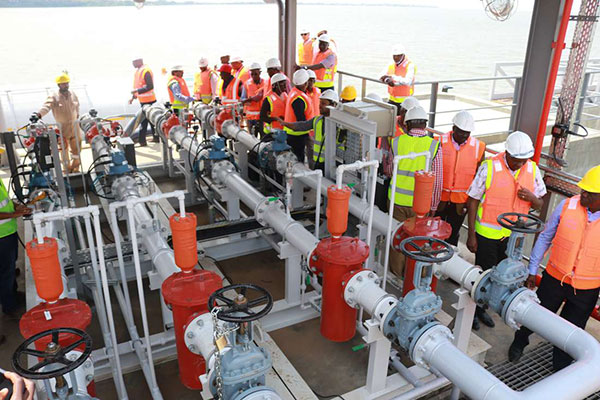 Kenyans are currently in a mood of celebration as plans to join the guild of global oil exporters has finally materialised. The president, Uhuru Kenyatta flagged off trucks with oil barrels to the city of Mombasa. Under the Early Oil Export Scheme (EOPS), over a hundred trucks will transport about 2,000 barrels of oil daily. This oil will be kept in reserve at an oil refinery until it amasses to at least 400,000 barrels.

“I pray that we will view the discovery of oil and gas as a blessing that we will manage effectively and efficiently for the benefit of not just the present generation but importantly future generation… I call upon our leaders to ensure peace and stability in the region to ensure any disagreements that might arise are resolved in an amicable and sustainable manner. I stand ready to work with all leaders to ensure that we achieve this,” said President Kenyatta.

The commercial oil reserve estimated at 750 million barrels in Turkana, was discovered in 2012 by a British firm known as Tullow.