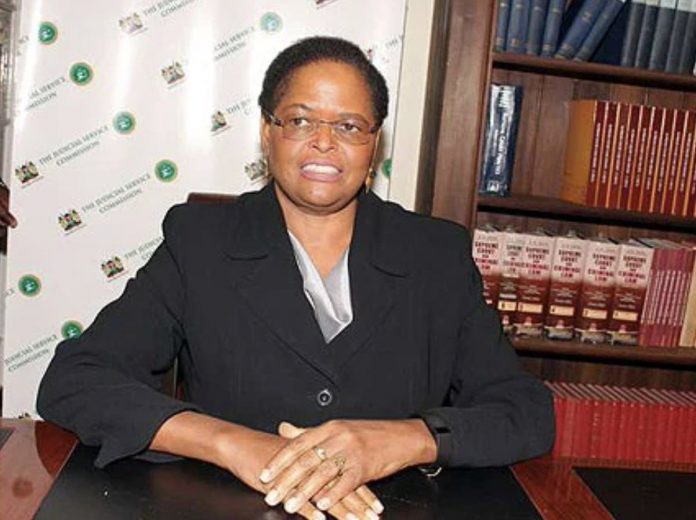 The President of Kenya, Uhuru Kenyatta, has in a commendable move appointed Justice Martha Koome as the country’s new Chief Justice, as it was confirmed in a gazette notice issued on Wednesday, May 19 be 2021, coming hours after the National Assembly approved her nomination to the top job.

The confirmation cements Justice Koome’s status in national history as she becomes Kenya’s first female CJ, and she also becomes the country’s third Chief Justice since the new Constitution came into force on August 27, 2010.

Kenya’s Parliament’s Committee on Justice and Legal Affairs (JLAC) had endorsed Justice Koome for appointment following her vetting and the approval was sent to President Uhuru to receive Kenyatta formal appointment and recognition.

Justice Koome’s determination as a choice for the position shows the commitment she wishes to apply. Addressing the Parliament’s Committee, she had said:

“The Constitution guarantees and protects the independence of the judiciary. No one will threaten or direct how the courts will determine cases. We shall not be under any direction of any person or authority”.

Justice Koome’s appointment comes at a favourable when Kenya is being applauded for actively working towards closing gender gaps in its territory.