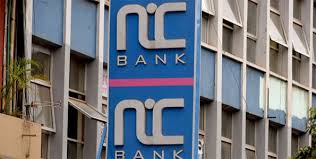 NIC Bank’s net profit for the first six months of 2018 fell 2.1 per cent to Sh1.98 billion from Sh2.03 billion posted at a similar time last year as interest expenses surged.

Total interest income grew by 8.6 per cent to Sh9.56 billion but its impact on the bottom-line was more than cancelled out by an increased interest expense.

Interest expenses grew by a third to Sh4.43 billion, chiefly driven by 38 per cent jump in interest paid out on holding customer deposits.

During the period, NIC received additional Sh8.2 billion in customer deposits causing the rise in the interest paid out.

The 7.12 per cent growth in non-interest income to Sh2.15 billion and the 1.2 per cent drop in operating costs to Sh4.43 billion helped reduce the size of drop in profitability.