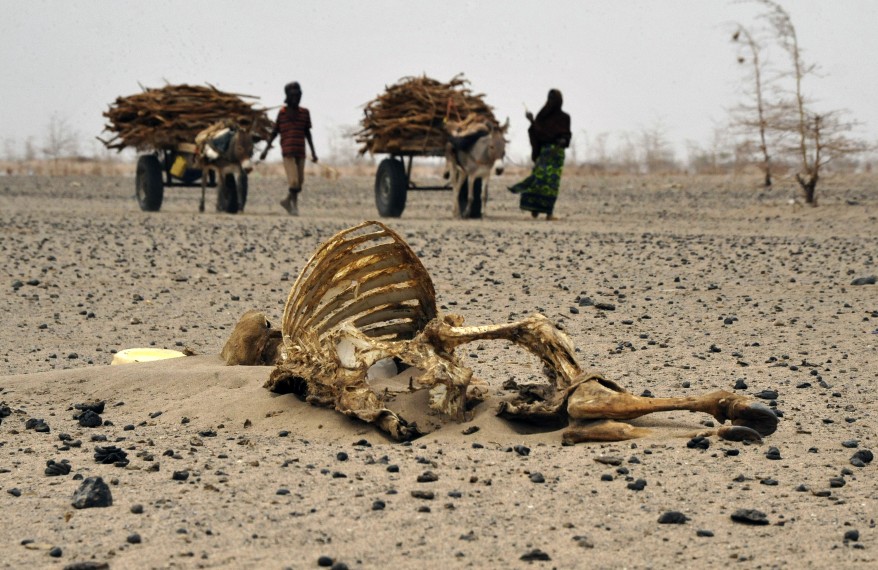 The number of people in need of relief assistance has risen from 1.3 million in August 2016 to 2.7 million following below average performance of the 2016 short rains.

Many of those affected are the most vulnerable including the elderly, the sick, mothers and children under the age of five, according to the National Drought Management Authority.

The numbers represent approximately 20 percent of the population in pastoral areas and 18pc in marginal agricultural areas.

The current drought phase classification indicates that the trend is worsening in most counties.

According to findings of the just concluded assessment of the 2016 short rains, the most affected sectors remain food, livestock and water.

The significantly below normal rainfall has greatly affected crop performance resulting to a decline in crop yields.

It is estimated that population in need of relief assistance in the non-ASAL pockets is about 300,000 people.

In an inter-ministerial meeting held last month to access the drought situation, Devolution and Planning Cabinet Secretary Mwangi Kiunjuri sounded alarm that 11 counties will be affected by the dry spell, an upsurge from the five counties the government had announced in its initial assessment released in November last year.

In the meeting the CS announced that the government would be releasing Sh9.2 billion to go toward various measures aimed at mitigating the situation even as he cautioned the livestock sector will be hardest hit as a result of a reduced forage cover.

“The livestock sector is particularly at risk, because the Coastal region is usually the dry season grazing fall-back and it is currently experiencing severe drought. Further, cross border mitigations are limited because neighbouring countries are also affected,” the Devolution CS explained.

The government enhanced interventions by October 2016 when it became evident that the situation was worsening.

Meanwhile the Council of Governors met on Monday to discuss significant issues affecting the country.

Top on the agenda will be the ravaging drought that has left several parts of the country famished due to lack of food and water.