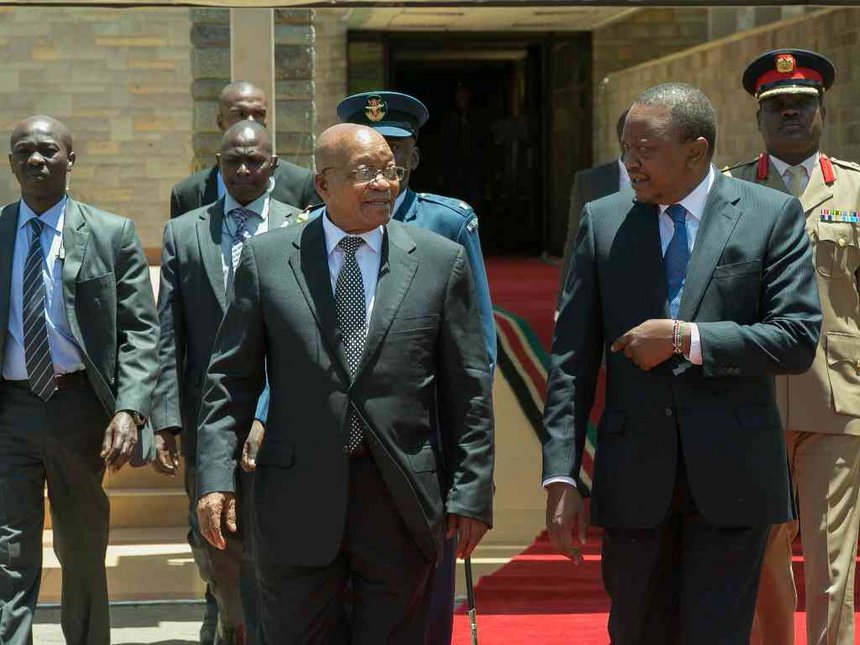 President Uhuru Kenyatta has traveled to South Africa on a three-day official visit that will see him hold talks with President Jacob Zuma to boost cooperation in a wide range of areas including trade, security and infrastructure development.

During the talks this afternoon, President Kenyatta and President Zuma will seek to review the progress in the implementation of earlier signed agreements and explore new areas to deepen the fraternal ties between Kenya and South Africa.

In October 2016, President Zuma made a historic State visit to Kenya which witnessed the signing of six agreements and Memoranda of Understanding in various sectors.

The agreements were on visa exemption for passport holders of diplomatic, ordinary and service passports, on defence cooperation, police cooperation, on cooperation between Kenya Investment Authority, Export Promotion Council and the Trade-Invest of South Africa, cooperation in the field of biodiversity, on conservation and management, and on Lamu Port-South Sudan-Ethiopia-Transport (LAPSSET) Corridor Projects.

During President Zuma’s visit to Kenya, both leaders directed that negotiation towards the establishment of a Bi-National Commission be expedited to further bolster trade relations between the two countries.