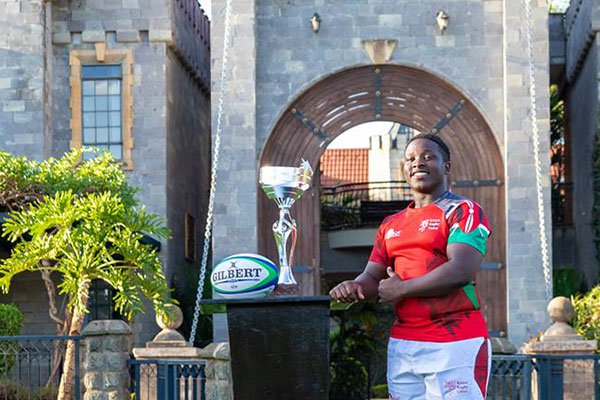 Hosts Kenya fired an early warning shot to reigning Africa rugby 15-a-side champions Namibia after outmuscling Tunisia by 73-0 to reach the final of 2019 Under-20 Barthes Trophy Pool ‘A’ tournament at the KCB Sports Club here in Nairobi April 4.

Geoffrey Okwach and George Maranga contributed a brace of tries, while Michele Brighetti, Barry Young and George Kiryazi crossing the whitewash once each.

Their emphatic win came after Namibia fought hard to see off Senegal 45-12 in the first semi-final duel after leading 19-7 at the breather at the same venue.

The final is set for Sunday at 4pm and will be preceded by the bronze medal match between Senegal and Tunisia. The loser of Senegal-Tunisia match will drop to Pool ‘B’.

The Kenyans are aiming to return to the Junior World Rugby Trophy after qualifying only once when they hosted the second-tier competition in 2009.

The Barthes Trophy winner will advance to the 2019 Junior World Rugby Trophy slated for July 9 to 21 in Brazil.

Paul Odera’s Chipu were on fire from the word go as they enjoyed a 26-0 lead after the opening 40 minutes. Ochieng gave Chipu the opening try off a rolling maul, with the conversion sailing wide.

Ogeta widened the gap to 10-0 as Coulson beautifully added two points from his boot. Coulson then weaved through the Tunisian defence and off-loaded to Maranga, who got on the scoreboard.

Coulson successfully converted before Ogeta got his second try. Coulson did not miss from his boot as Kenya went into the break comfortably in the driving seat 26-0.

Floodgates opened again in the second half as some good passing resulted in Okwach adding a try. Andrew Matoka carefully made the conversion. Brighetti then brilliantly chipped the ball and chased it, before running 50 meters to scores under the sticks with Matoka converting.

Chipu got more tries from substitute Young, Okwach, Kiryazi and Ogeta before Maranga wrapped up the scores.