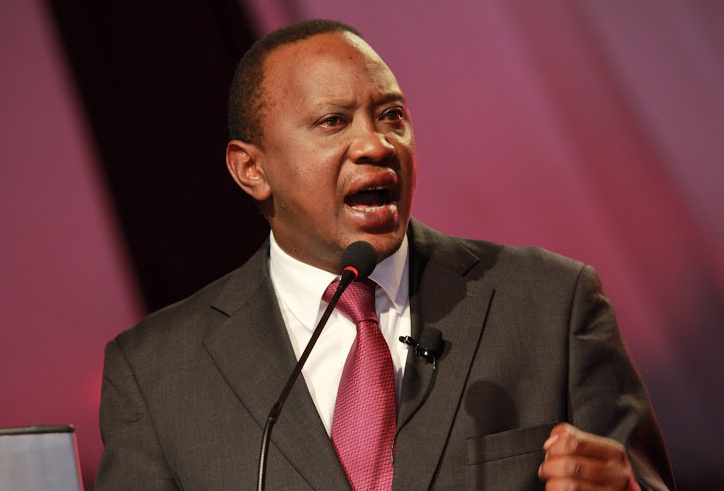 FIVE Cabinet Secretaries are expected to step aside following a directive by President Uhuru Kenyatta that all public officers implicated in corruption do so.

They are Charity Ngilu of Lands and Settlement, Michael Kamau of Transport, Felix Koskei of Agriculture, Kazungu Kambi of Labour and Davis Chirchir of Energy.

They have been named in a list handed to Parliament yesterday by President Uhuru Kenyatta.

“Today, I take the extraordinary step of attaching the aforementioned confidential report from the CEO of the Ethics and Anti Corruption Commission as an annex to my annual Report on Values to Parliament,” Uhuru said.

He added; “Consequently, I hereby direct that all officials of the National and County governments that are adversely mentioned in this report, whether you are a Cabinet Secretary, Principal Secretary, or chief executive of a state institution, to immediately step aside pending conclusion of the investigations of the allegations against them,” Uhuru said.

The President has asked the Chief Justice and the Heads of both Houses of Parliament to also ensure those from their arms of the Executive who have been adversely named also step aside to facilitate investigations.

Defence PS Mutea Iringo, Water PS James Lopoyetum and their Transport and Infrastructure counterpart Nduva Muli are also said to be on the list.

The list is said to have more than 50 names, including persons who have allegedly been interfering with investigations.

A number of heads of State corporations are also named in the report, which the President received when he came back from Japan.

Uhuru said that the investigative process should not be open-ended, and ordered that it be concluded within the next 60 days.

“In view of the oath of office that I took as the President of this Republic, let it be known that today I draw the line. No one will stand between Kenyans and what is right in the fight against corruption and other monstrous economic crimes,” Uhuru said.

The President has been under pressure to act on corruption, especially within the Executive, as billions of shillings continue to be misappropriated.

The President directed the EACC to ensure that Director of Public Prosecutions Keriako Tobiko has received the subject files without delay.

“Let me reiterate that it is not my place to determine the guilt or otherwise of any of the people mentioned in the said report, or any other. However, the time has come to send a strong signal to the country that my administration will accept nothing less than the highest standard of integrity from those that hold high office,” Uhuru said.

The President also said that he has asked the Attorney General to liaise with the Council on the Administration of Justice to focus on coordination within the Justice, Law and Order sector.

The Council, he added, must ensure the efficient and speedy processing of corruption-related cases, including hearing such cases on a daily basis.