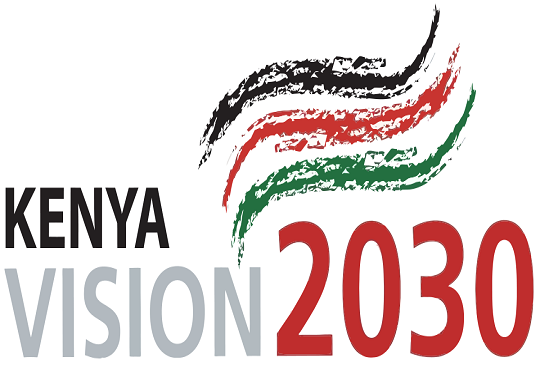 Unveiled a decade ago in June 2008, the Kenya Vision 2030, the country’s development blueprint, has steered Eastern Africa’s largest economy to unprecedented heights. But the future of the blueprint is caught in a geo-political mire on three fronts.

One is a palpable populist resistance to taxation as a source of domestic funding. Two is a well-coordinated propaganda blitz against Chinese financial support for Africa, signifying the deepening geo-political struggle for influence between the American-led West and the emerging BRIC powers—Brazil, Russia, Indian and China. Third, a decayed national value system is plunging the country into a “corruption trap”. Internationally, the country must stay the course and more than ever before focus sharply on its interests in a chaotic multi-polar world.

Internally, it has to tighten its taxation net to catch all potential taxpayers across sectors to generate domestic revenue, reduce external borrowing and pay its debts. Finally, Nairobi has to step up the war on corruption to ensure transparent and accountable use of resources for development.

In the aftermath of the China-Africa Summit in Beijing on September 3-4, 2018, a vexed “debt trap” casts a dark shadow over Kenya’s Vision 2030, the country’s development blueprint. Launched a decade ago in June 2008, the Vision has steered the country to unprecedented heights. But uncertainty looms even larger over the funding of the grandiose vision for the remaining 12 years.

The country is caught between the rock and the hard place. On the one extreme is a palpable popular resistance to taxation as a source of domestic funding. On the other extreme is a vociferous and ideologically inspired resistance to the inflow of external aid particularly from China.

Even worse, a decayed national value system has plunged the country into a corruption trap, siphoning public resources to private use. Upon coming to power in 2002, President Mwai Kibaki’s National Rainbow Coalition (NARC) government realized that the dream of defeating the evil trinity of poverty, ignorance and disease remained unrealized.

In response, the government adopted Kenya Vision 2030 to transform Kenya into a “newly industrializing, upper middle-income country providing a high quality of life to all its citizens by 2030 in a clean and secure environment”.

A decade later, the country has edged closer to becoming industrialized. “With 12 years to go, we are excited and appreciate that much has been achieved under Vision 2030”, said Dr. James Mwangi, the Chairman of Vision 2030 Delivery Board.

The country’s electric power has grown from 1,142 MW to 2,264 MW, increasing its capacity to power industrialization and enabling it to connect 5.9 million households to the national electricity grid, up from 0.48 million in 2002. Today, some 42.8 million Kenyans are connected to mobile phones up from 1.07 in 2002.

The building of more berths has enabled the Port of Mombasa to handle 30.35 million tons of deadweight compared to 10.56 a decade ago. And a new port in Lamu is under way at an estimated cost of US$ 5 billion (Ksh500 billion). The expansion and modernization of facilities in Kenyan airports has enabled them to handle 7.2 million passengers today compared to 3.06 in 2002.

Kenyans are safer than ever before. Today, one police officer serves 444 Kenyans, way above the 1:450 United Nations people-to-population ratio. The economic cake is growing. Kenya’s national budget has expanded from Sh219 billion in 2002 to Ksh2.3 trillion today. Tax collection is also up from Ksh202 billion in 2002 to Ksh1, 365 in 2017.

But the dream of a government of the people, by the people and paid for by the people is becoming a bridge-too-far. Declining incomes from taxes are pushing the country deeper into a debt dependence. The budget deficit has grown to Sh600 billion, with tax revenues expected to drop to Sh1.8 trillion, down from Sh1.9 trillion projected in the 2018/19 Budget.

It is Winston Churchill who reputably quipped that “power without responsibility is the prerogative of the harlot throughout the ages”. One of the most damning criticism of Kenya’s new constitution is that its architects created a citizen imbued with rights but no sense of responsibility!

Rights without responsibility is Kenya’s worst dilemma, fueling a smoldering liberal activism now fueling resistance to taxation to fund development. In August/September, Kenya clinched serious business deals with America, Britain and China. But Africa’s traditional partners in the West are gripped by fear that China’s more than $120 billion facility for Africa in the 2015/2021 period will increase its influence in resource-rich Africa.

This has stoked a cynical resistance to Chinese funding of African priorities. In the aftermath of the Beijing Summit, attended by 54 African nations, liberal activists in African civil society and cities have launched a social media blitz against Chinese aid, now lampooned as a ‘debt trap’ rather than a bailout deal.

Paradoxically, resources from the West are drying out, the International Monetary Fund (IMF) has decided to end Kenya’s access to a Sh100 billion ($989.8 million) precautionary loan facility it had agreed in 2016 to help cushion the economy in case of unforeseen external shocks.

A decaying national value system is pushing the country deeper and deeper into a corruption trap. Laudably, the government has put emphasis on governance issues, holding officers and citizens alike to account.

Making corruption an expensive affair will force Kenyans to choose not to be corrupt. But the long-term sustainability of the war on corruption depends on a skillful balancing of hard power and soft power approaches.