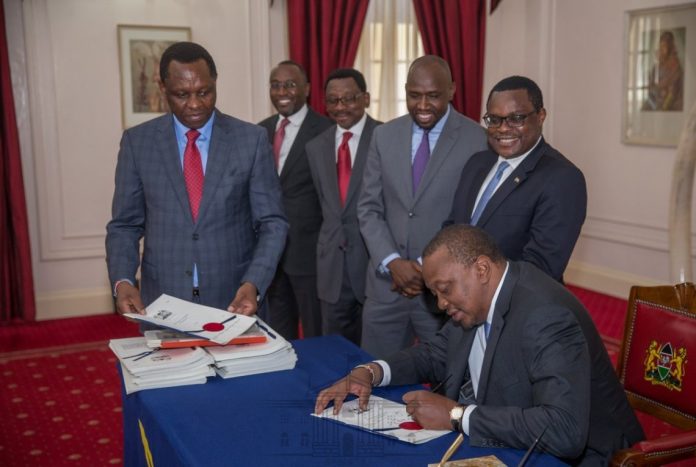 The Kenyan government has signed agreements with oil major Total, Tullow Oil and Africa Oil Corp to develop a 60,000-80,000 barrels per day crude processing facility for oil discovered in the country’s northwest.

The Petroleum and Mining Ministry said on Twitter on Tuesday that the heads of term agreements were for discoveries in Blocks 10 BB and 13T in South Lokichar Basin and the partners were now focusing on securing financing for an export crude oil pipeline.

Tullow and Africa Oil first discovered crude oil in the Lokichar basin in 2012, which Tullow Oil estimates contains an estimated 560 million barrels in proven and probable reserves. Tullow has said this would translate to 60,000 to 100,000 barrels per day of gross production. In addition to the processing facility, a crude oil export pipeline from Lokichar to Lamu on Kenya’s coast was also part of the deal.

“The infrastructure installed for the Foundation Stage will be utilized for the development of the remaining oil fields and future oil discoveries in the region, allowing the incremental development of these fields to be completed at a lower unit cost,” Tullow Kenya said in a statement.

Tuesday’s deal is a major milestone on the way to a final investment decision on Kenya’s first oil project, which Tullow aims to reach by the end of the year. It expects first full-scale oil production in 2022. It has put the price tag for its Kenyan upstream facilities at $1.8 billion and the pipeline at $1.1 billion. In February, the government said the crude oil deposits discovered so far in Kenya were insufficient to justify construction of a refinery.