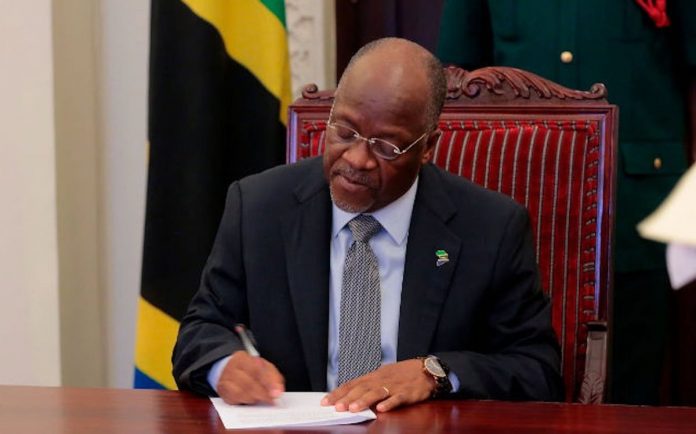 Tanzania has tightened its currency controls with new regulations on foreign exchange bureaus, in what authorities say is an ongoing fight against money laundering and currency speculation.

The new rules, published Monday by the central bank, come months after the government revoked the licences of around 100 bureaus and temporarily shut a newspaper for using unofficial data on exchange rates.President John Magufuli has said that the central bank had previously licensed too many bureaus and some of them had breached laws.

The Tanzanian shilling has been broadly stable since the beginning of the year and the International Monetary Fund said in an April report that the real value of the currency is “broadly in line with fundamentals”.

The Bank of Tanzania governor said this month that, due to the reduced number of exchange bureaus, around $10 million was traded daily by commercial banks, a change which he said has increased transparency in the market and improved hard currency inflows.

They raise minimum capital for forex bureaus by three-fold, to 1 billion Tanzanian shillings, and require bureaus to maintain working capital of at least 75 percent of the paid up capital.

The new rules also require shareholders, directors and heads of branches of exchange bureaus to pass a “fit and proper person test” from the central bank before being approved to assume their positions. Bureaus are also now required to establish procedures for identifying and reporting suspicious transactions to curb money laundering and terrorism financing.

Customers will also be required to provide information on the source or purpose of the foreign currency to be transacted.

The government’s tight control of foreign currency trading is in line with a close control of the economy under Magufuli. He took office in 2015 pledging to tackle corruption but has faced domestic and international criticism for heavy-handed policies that have slashed investment in the mining and agriculture sectors.