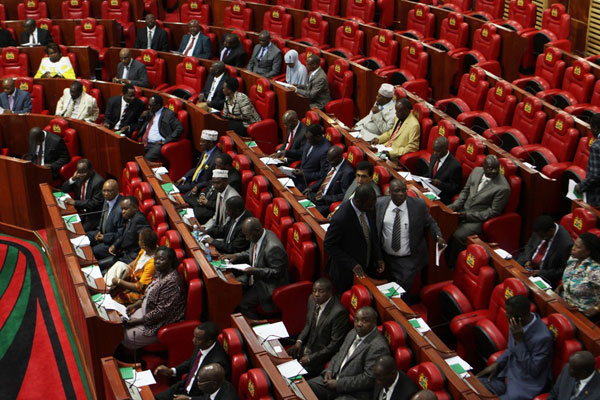 THERE is no way governors will seat in county development board meetings as mere minute-taking secretaries while senators act as chairmen, Nandi Governor Cleophas Lagat has said.

He said the move by President Uhuru Kenyatta to assent to a bill for the creation of county development boards is a ploy to undermine devolution and should be rejected.

Speaking at Chepkumia High School during a funds drive to buy a bus on Saturday, Lagat said the Jubilee government is in the governors’ bad books for sponsoring the bill against the wishes of county executives.

He said the government is shooting at its own feet and giving Cord unsolicited political mileage. Lagat said the boards should have been created through a referendum. He said the move is against the constitutional spirit of involving the public before such a decision is made.

The governor, who was accompanied by 22 Nandi county representatives led by assembly speaker Edwin Cheluget, said it would have been fair if CDF and women representative’s allocations were all brought to the same pool.

“It’s a mockery and abuse of Parliament’s powers to try and clip devolution by creating unnecessary hurdles on the use of development funds,” Lagat said. He said senators are idle and their functions are not explicit since they were supposed to protect counties and oversee their activities.

“How come the same persons who are supposed to play protective roles are coming down to chair development issues? Who will take care of the counties?” Lagat said. He hinted that the council of governors will seek redress from the courts.